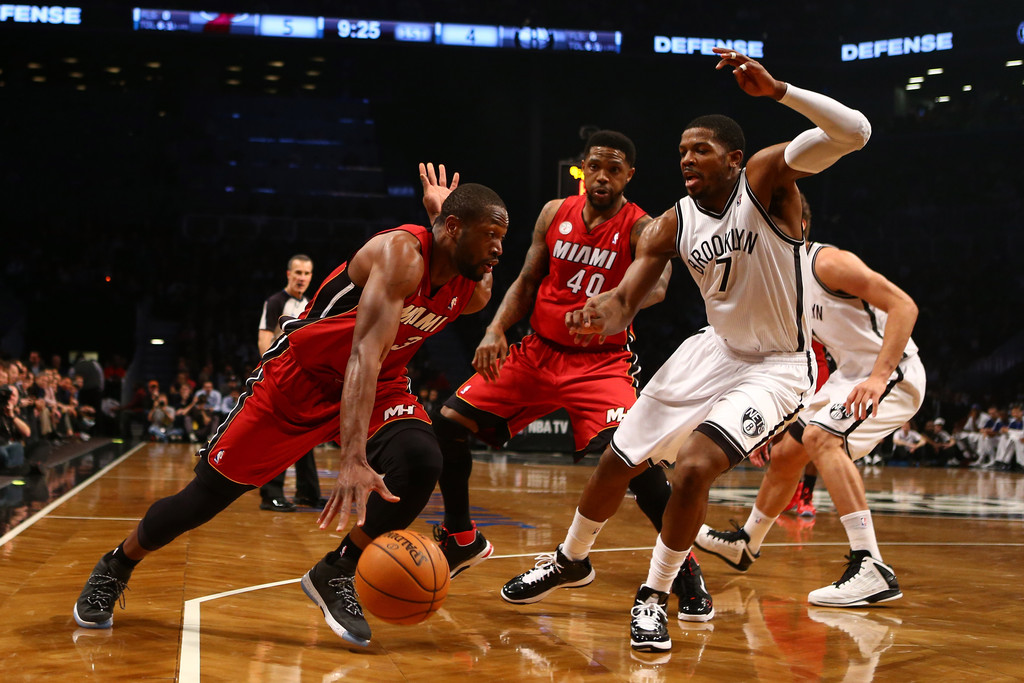 Don’t let the talking heads on the daily sports shows tell you otherwise—Brooklyn has a chance. In basketball, matchups are everything, and with that in mind, no matter how stacked a team seems on paper, it doesn’t mean a thing if teams take advantage of their playmakers throughout a series. Despite having arguably the greatest trio in basketball, Miami was felled four times by Brooklyn in the regular season, the latter of which was a healthy underdog in each contest.

This series is no different for Brooklyn, but instead of looking at the teams with a naked eye, take a peek under the microscope. Examine the individuals that compose the squads rather than the squads themselves. This series will be won or lost based on these matchups played out.

Among the most exciting positions in basketball, shooting guards tend to get a lot of love—from Michael Jordan to Kobe Bryant, basketball has largely been a shooting guard’s game.

This series is no different, HeatNation.com brings you: 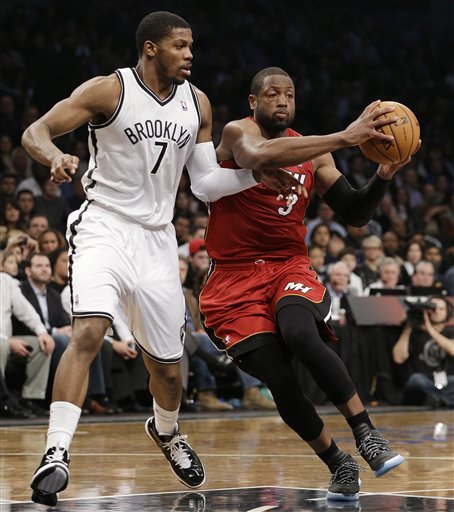 This is a matchup that real Heat fans remember from back in the days, well, sort of back in the days. Just a few years ago, prior to all of LeBron-era hoopla and media obsession, Miami was the underdog with a scrappy Illinois-born Marquette guard leading the way. Dwyane Wade was Miami’s everything. He distributed, he scored, and he even swatted shots on the other side of the ball routinely. All of this at six-foot, four inches. Fast-forward to present-day, and Dwyane is a little slower, and his jumper has regressed. However, he’s smarter than ever, and he still has a knack for nailing tough shots that rarely go in for anyone else that would attempt them. Even still, he finishes under duress with the best of them

Dwyane is no longer the underdog, however. That is the role for Joe Johnson to play. Johnson is a longtime nemesis of Wade. Prior to joining the Nets, Johnson filled a similar role for the Atlanta Hawks. Johnson was more of a scorer than anything else, however. He’s longer and taller than Wade, and thanks to these two attributes, Johnson has always been a major problem for opposing defenses, hence his nickname, “Iso Joe.” One-on-one, there’s little Joe can’t do. He can pull up, he can post-up, he can shoot from off the bounce, he can shoot spotting up, and he even has a nice floater game he uses from time to time. Plain and simple, this man was born to score the basketball in a myriad of ways. Athletically, there is much to be desired, but athleticism is irrelevant if you can “outskill” the other guy. Joe does that, and he does that a lot.

Expect Brooklyn to exploit Wade’s slight height differential and post Dwyane up. Playing the post is tiring, and throughout a game, it can begin to wear on you if you have to worry about whatever Joe is going to do. Dwyane is stronger than Joe, so don’t expect him to back him all the way down on the block, but just enough to get a couple turnarounds off might prove to be fortuitous for Johnson and his Nets. Dwyane is going to be a pest for Joe to attempt to guard in transition, and he’s going to do what he can to keep Wade out of the lane.

A key thing to keep in mind: the Nets absolutely love their chances with Joe going one-on-one with anyone in the waning seconds—especially if it’s a go-ahead opportunity to win a game. If that happens, expect Miami to switch and have LeBron check Joe Johnson—Bron’s height and strength would make for a tougher guard than Dwyane would.

Don’t sleep on this matchup, no matter which team ultimately triumphs, the Wade-Johnson battle will be an exciting one.