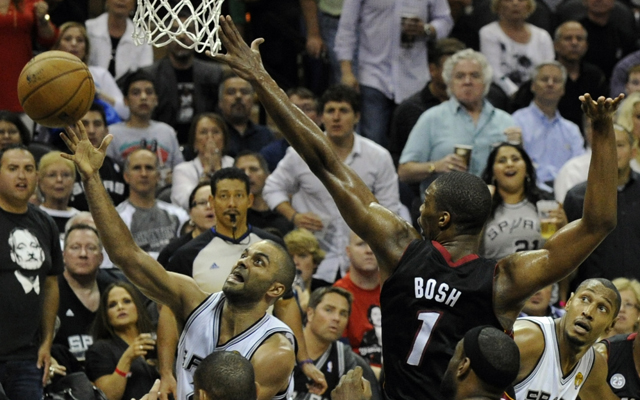 It’s one of the oldest stereotypes in sports let alone basketball—defense wins championships. For the Miami Heat, defense did just that in the short-lived LeBron James era. With two championships in a span of four seasons, Miami routinely made its mark with a ruthless push-the-pace tempo and non-stop blitzing on the defensive end. Like most gamblers, it’s feast or famine, but when losses mount, sometimes it’s wise to switch up the game plan.

While Miami’s risky style of defense often notched wins, it also left them brutalized by perimeter shooting. Just last season, Miami allowed over 26 points per game from beyond the three-point line; they ranked just ahead of the New York Knicks, Philadelphia 76ers, and the Cleveland Cavaliers—all of which were terrible defensive basketball teams. Considering they gambled as much as they did, it makes sense as to why the Heat gave up so many three pointers. Just one swipe or lunge in the wrong direction, and you’re leaving your man wide open to knock down a jumper or make the crisp extra pass, something the entire world saw live and direct during the NBA Finals.

In an uncompetitive five games of basketball, the San Antonio Spurs absolutely torched Miami’s defense with constant off-ball action and a heavy emphasis on perimeter shooting; it’s safe to say the Miami Heat gambling defense was exposed. Although their offense wasn’t much better than their D in the 2014 NBA Finals, their defense still absolutely killed them. The players knew it, the fans knew it, and the Miami Heat’s mastermind knew it as well.

With a new season ahead of his squad, head coach Erik Spoelstra and company tipped their hand that it’s likely we will see schematic tweaks on both sides of the ball, but especially defense. “You will see some tweaks in how we play.” Spoelstra said in a statement to the Miami Herald. If this holds true, expect a defense that ditches high-risk, high-reward for conservative, no nonsense basketball. Think of it from a football perspective. Rather than double-teaming constantly and blitzing dribblers, the Heat will likely play a mix of man and zone defense. This means less pressure, but it will ultimately leave less players open to receive passes or knock down easy shots. It’s no different than sitting back and playing soft zone coverage against receivers rather than blitzing the quarterback. It means a lessened risk of big mistakes, but it also means you can be broken down individually as well. Expect more one-on-one defense, and instead of over-committing, big men will sit back and let the wings handle their respective assignments.

It remains to be seen how the Heat will truly look tactically by the time the regular season tips, but we can be sure an offseason of new additions and new schemes will serve Miami well as they embark upon an uncertain future.
[xyz-ihs snippet=”Responsive-ImagenText”]