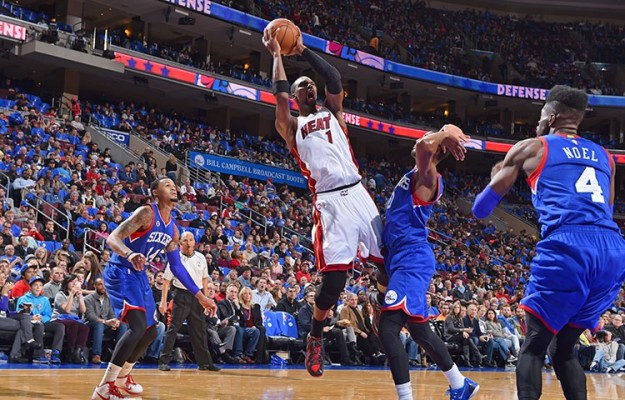 The Miami Heat are the only team in the Eastern Conference that is undefeated.

Through just one week of regular season play, the other 14 teams in the East have already lost. Teams like the Cleveland Cavaliers were supposed to have their way with opponents now that they have the new ‘Big Three’ trio of LeBron James, Kyrie Irving and Kevin Love. The Chicago Bulls with their talent-rich roster featuring the likes of Derrick Rose, Paul Gasol, Joakim Noah and Jimmy Butler were a popular pick to represent the East in the 2015 NBA Finals.

Heck, even teams like the Charlotte Hornets were pegged as having a better squad than the Heat entering the 2014-15 season.

Yet, through all of the adversity and the preseason chatter of Miami barely being a playoff squad in a weak conference, the LeBron-less Heat stand at 3-0 entering their Tuesday night matchup with the Houston Rockets. Two of those three victories include wins over the Washington Wizards and Toronto Raptors, a couple of squads who are favorites to finish in the top four in terms of seeding for the playoffs by the end of the season.

Yes, it’s true one of those victories was over the Philadelphia 76ers, a team considered the worst of all 30 squads in the NBA this year. And yes, in the victory over the Wizards, they were missing Nene and Bradley Beal, two key cogs of their starting lineup.

Finally, it is just three games through the season. There are still 79 left to go. 79 regular season contests remaining for teams to gain chemistry. 79 more contests to see if Dwyane Wade can remain healthy despite being near the age of 33.

Five of the Heat’s next six games are versus teams who made the playoffs last season. Erik Spoelstra warns to temper expectations regarding the team’s undefeated start, via Wallace of ESPN.com:

“We’re three games into this, so it could quickly go the other way if guys start to feel comfortable. That’s not a referendum on our personnel. Guys see how we have to play to be successful.”

Still, it’s hard not to get excited about a team considered down in the dumps just one week ago.

At the forefront of it all is none other than Chris Bosh. The 30-year-old center was named Eastern Conference Player of the Week for the week ending on November 2. He averaged over 25 points and 11 boards through the Heat’s three-game undefeated stretch.

Bosh believes the 3-0 start means something. He stressed that meaning to Wallace:

“Absolutely, we humbly take it. We’ve been saying we want to get off to a good start. It’s about to get tougher. But it’s important for us to get going, hit the ground running. We just have to keep our head down, even though [critics] will come out and start saying how surprised they are. We just have to keep focusing on that day’s work and making sure we’re being the best team we can be.”

While LeBron could post up and do many things better than your average power forward or center, he forced players like Bosh to become a spot-up jump shooter. This negated Bosh’s strengths, which were in the post, and decreased his chances of going to the free-throw line. 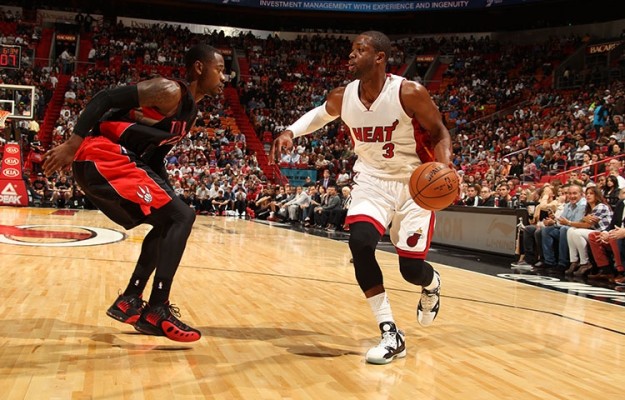 Through the first three games of the season, the veteran has averaged 9.7 attempts at the charity stripe. Over the past three seasons playing with LeBron as Miami’s third option, Bosh averaged a meager 4.9 attempts at the line.

Bosh finds his new leading role with the Heat as “fun.” He commented on his new aggressive approach to The Palm Beach Post’s Jason Lieser:

“It’s more natural to me to be aggressive and attack the basket. This team didn’t need me to do that the last four years, but I’ve always thought I could really show everybody and now’s my chance. I just humbly take the position and do as much work as I can.”

Coach Spoelstra recognizes Bosh’s importance to the Heat’s offense. He made this clear back in early October, via Ira Winderman of The Sun Sentinel:

While the attention has been on CB’s rebirth as a franchise player, the entire team has been playing well as a whole. The Heat rank second in the NBA with over 109 points per game. This wasn’t expected for a franchise that had to replace a four-time MVP who contributed over 27 points per game last season.

Wade has been solid as Miami’s second option. Though he played just four back-to-backs in the 2013-14 season, he has already played his first back-to-back on first chance. The results so far are positive: Wade posted a double-double in the win over the Toronto Raptors, while falling a point shy of a double-double versus the Sixers.

Against Philly, the 32-year-old had nine points and 10 assists. In the victory over the Raptors, Wade scored 19 points and dished out 11 assists on 7-of-11 shooting.

How did Wade feel in the second game of the back-to-back?

“The funny thing is I felt better than I did on the first night,” the former Finals MVP stated to Winderman.

What about the Heat’s run of playing four games over the next five nights?

Despite Danny Granger and Udonis Haslem having yet to play this season, and Josh McRoberts and Chris Andersen still struggling through nagging injuries, Miami still stands undefeated.

It may be just a small sample size, but this 3-0 start means a lot for a team that had to endure so much during the offseason.
[xyz-ihs snippet=”Responsive-Ad”]