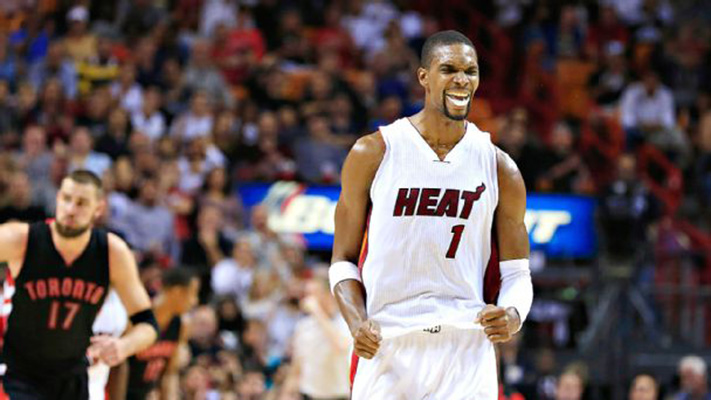 Chris Bosh is a huge reason why the Miami Heat are the last team in the Eastern Conference to be undefeated.

The NBA agrees. Bosh was named the Eastern Conference Player of the Week for the period ending Sunday as he led the Heat to a 3-0 record, including wins over 2014 Eastern Conference playoff teams such as the Toronto Raptors and the Washington Wizards. The veteran averaged 25.7 points, 11.3 boards and four assists on 48 percent from the field and 55 percent shooting from beyond the arc.

The last time Bosh won a Player of the Week award was December of 2013, which also marked the last time a Heat player was awarded the honor.

Roughly a week into the regular season, the center ranks seventh in the NBA in points, eighth in boards and 15th in minutes per game. Bosh’s most recent Player of the Week award is just the second time the 6’11” center has won the honor during his four years in Miami. For comparison’s sake, LeBron James won the award 19 times, while Dwyane Wade was cited on five occasions from 2010 until 2014.

While Bosh was mostly relegated as a spot-up shooter playing alongside LeBron over the past four seasons, the Heat’s new offensive approach finds the team running it’s scheme through CB. Bosh acknowledges the changes in his, and the Heat’s style of play this season. After a victory versus the Raptors in which he posted 21 points and 11 boards, the 11-year veteran had the following to say, via Michael Wallace of ESPN.com:

“It’s just time. I know I couldn’t settle into that same position I’ve been in the past four years, floating outside and shooting a couple of jumpers. I know I had to switch it up a little.”

Bosh expanded on his newfound role this season in the absence of LeBron, and his continued development as a player over the last several seasons:

The Eastern Conference’s reigning Player of the Week will look to continue his excellent start to the season when the Heat host the Houston Rockets on Tuesday night.
[xyz-ihs snippet=”Responsive-Ad”]