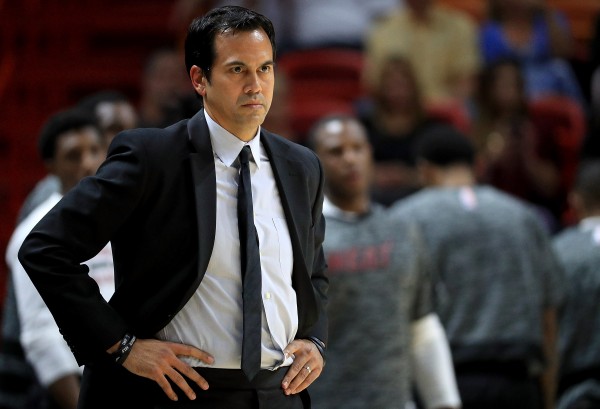 Not since the 1999-00 season has an NBA coach won the prestigious Coach of the Year award without making it to the postseason. It was Doc Rivers who took home the trophy that year after leading the Orlando Magic to an even .500 record.

Before that — to find a Coach of the Year whose team missed the playoffs, you’d have to go all the way back to 1978 — when Hubie Brown won the award with the Atlanta Hawks.

If history is of any indication, there’s no question the odds are stacked against the Miami Heat‘s Erik Spoelstra for winning COTY in 2017, but that doesn’t mean he doesn’t deserve it. Supporters, from Spoelstra’s own players to various basketball legends, are vying for voters to elect coach Spo as the NBA’s top head man.

Here are the top five reasons Spoelstra should win Coach of the Year:

5. He Brought the Very Best Out of His Players 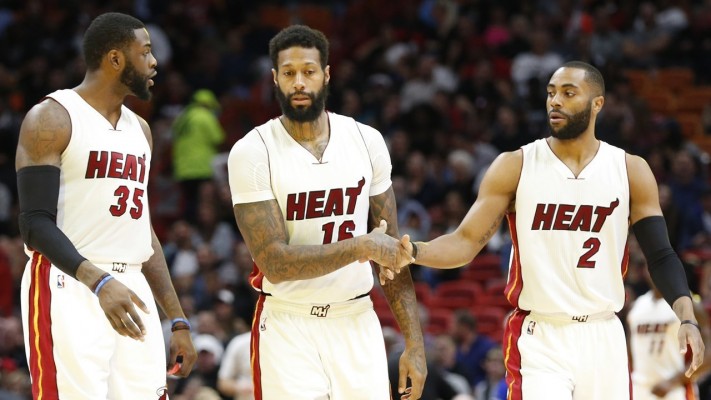 Before the 2016-17 season, when’s the last time an NBA big man had his “breakout season” at age 30 in his eighth year as a pro? Before his season with Miami, James Johnson was never looked at as more than a somewhat solid big man who’d grab the occasional rebound, play some defense and hit a 3-pointer here or there. Then, he joined Miami, and under Spoelstra and his staff’s tutelage, Johnson brought his game to a totally different level.

At the start of the season, Johnson was 30 pounds lighter and in the best shape of his playing career. Fast forward several months later and Johnson is a legitimate candidate for the NBA’s Most Improved Player award.

In addition, Spoelstra was able to work his magic by drawing out untapped potential from guys like Hassan Whiteside, Tyler Johnson, Wayne Ellington and Dion Waiters — each of whom had career years in Miami.

Even when the Heat were 11-30, and all hope seemed lost, Spoelstra managed to get his guys to dig deeper. Despite the seemingly impossible odds (to make the playoffs) at that point, Spo galvanized the Heat. He found a way to get everyone on the roster to go “all in” towards a shot at the playoffs, regardless of how far-fetched it had sounded.

While Spoelstra worked tirelessly to establish the most effective lineups the team could possibly roll out, he also figured out ways for the individuals on the roster to thrive in a brand new system.

Spo squeezed every last drop of juice out of each member of the roster. As a result, at least a half a dozen Heat players went from underappreciated at best to household names in South Florida. Now, because of some of the things Spoelstra was able to accomplish with those players, several of them are looking at hefty paydays in the very-near future.

Next: He Helped the Team Reinvent Itself