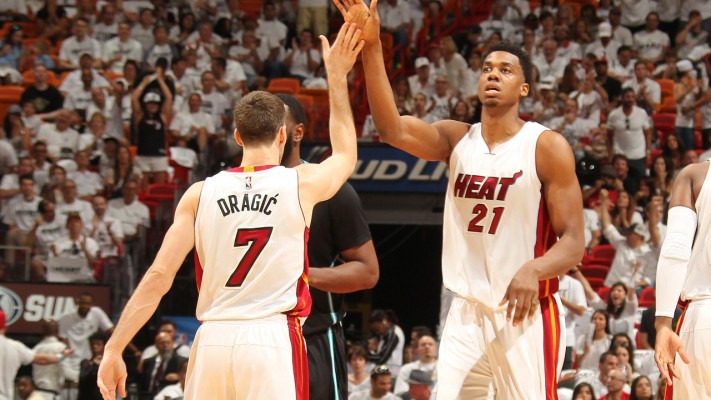 Flash back about three and a half years ago, to a brighter time in Miami sports history, when the Miami Heat were hoisting their third Larry O’Brien trophy for all the world to see. For a brief and fading moment, Miami basked in the timeless glory that only those who’ve reached the zenith of the basketball world have experienced.

Now, flash forward about a year and a half, and it’s February of 2015. LeBron James is gone, and the Heat are struggling to maintain a .500 record, but still, things aren’t so bad. The Heat’s heads are held high as they’re just beginning to find rhythm in a new system anchored by Chris Bosh and Dwyane Wade. At the same time, team president Pat Riley is finalizing a trade with the Phoenix Suns to acquire a certain up-and-coming Slovenian point guard, who everyone keeps comparing to Steve Nash.

Flash forward once more, but this time, to the present day. The unthinkable has happened. Bosh has been deemed medically unfit to play, a disgruntled and fed up Wade has moved on from Miami, and the Heat are dwelling at the bottom of the Eastern Conference standings.

It really isn’t too often that we see a perennial contender, like Miami once was, fall from grace so quickly and dramatically, but unfortunately, that’s what has happened. Since then, it’s been hard for Heat fans, but perhaps even harder for “Heat-lifers” like Heat head coach Erik Spoelstra:

“It’s always easy for me to think about how special that time was,” a wistful Spoelstra told the Palm Beach Post last month, as he prepared his new-look Heat team for a back-to-back set against Cleveland and Chicago. “I think it’s 20-plus years I’ve been with the Heat. Every single one of those years, we approached the season to contend for a title. But you’re also experienced to know that doesn’t always happen. When you do have a team that’s special like that, you know pretty quickly that it’s different. So when we get to Cleveland, I’ll think about those thoughts.”

While the Heat have certainly fallen on hard times lately, if we look closely enough there’s still some silver lining. Sure, the team holds a 13-30 record and is struggling to maintain relevancy this season, but there are still a few bright spots that Miami and its fans can look to as signs of hope for the future.

1. Hassan Whiteside and Goran Dragic Look Like the Real Deal 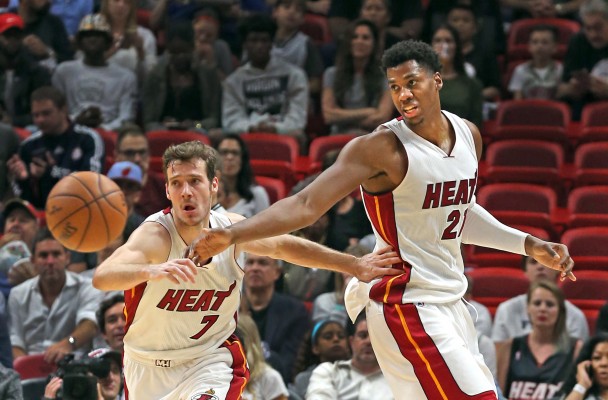 Both Goran Dragic and Hassan Whiteside are having career seasons in 2016-17. While the wins aren’t exactly piling up for Miami, it’s clear the team has two key pieces it can rely on as it builds towards the future. Dragic is leading the Heat with 19.0 points and 6.4 assists per game this season. Meanwhile, Whiteside has been dominant down low with averages of 17.4 points, 14.3 rebounds and 2.1 blocks per game.

Last summer, some around the league believed that the big man would become “complacent” after signing his four-year, $98 million contract with Miami. Fortunately, that has not been the case. The Heat front office and fans alike should rejoice in knowing that the team has locked up the 7-footer for at least the next few years.

As for Dragic, he’s been the subject of some trade talks since the start of the season, but now it looks like he’s staying put for the time being, and if one asks him, he wouldn’t have it any other way:

“I feel comfortable in Miami. I feel great,” Dragic said last month. “We have a young team. I really got connected with the young guys, and I feel young, too, with them, and I would like to stay here.”

Even if Miami were to trade the quick-cutting guard, the return value would surely be significant, likely in the form of a first-round draft pick plus more. 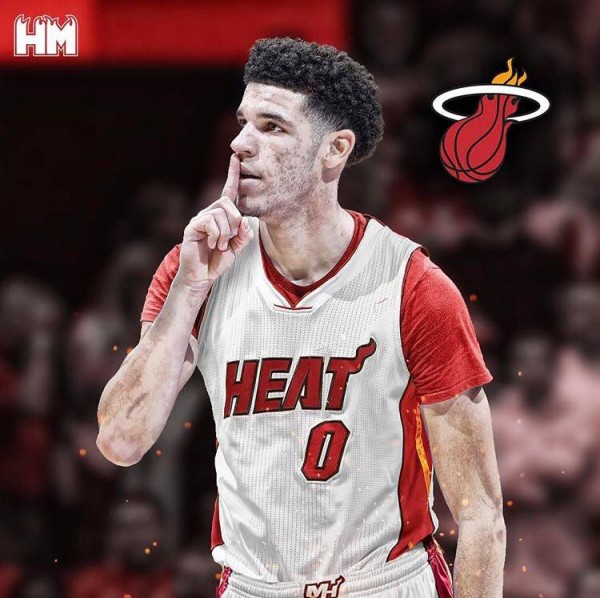 If the 2017 NBA Draft started today, the Heat would have a very strong chance in landing a top-three lottery pick, given the fact they’re currently 29th out of 30 in the standings. Granted, we’re only about halfway through the season and standings will continue to fluctuate, but considering the hole Miami has dug for itself thus far, a high lottery pick is all but guaranteed.

Luckily, this year’s draft is said to be one of the strongest in recent years. Acquiring a talent like Markelle Fultz, Lonzo Ball or perhaps even Dennis Smith would certainly help the Heat’s chances of righting the ship by next year. While it’s not in Miami’s nature to “tank” for a top pick, the team seems to be heading in that direction regardless.