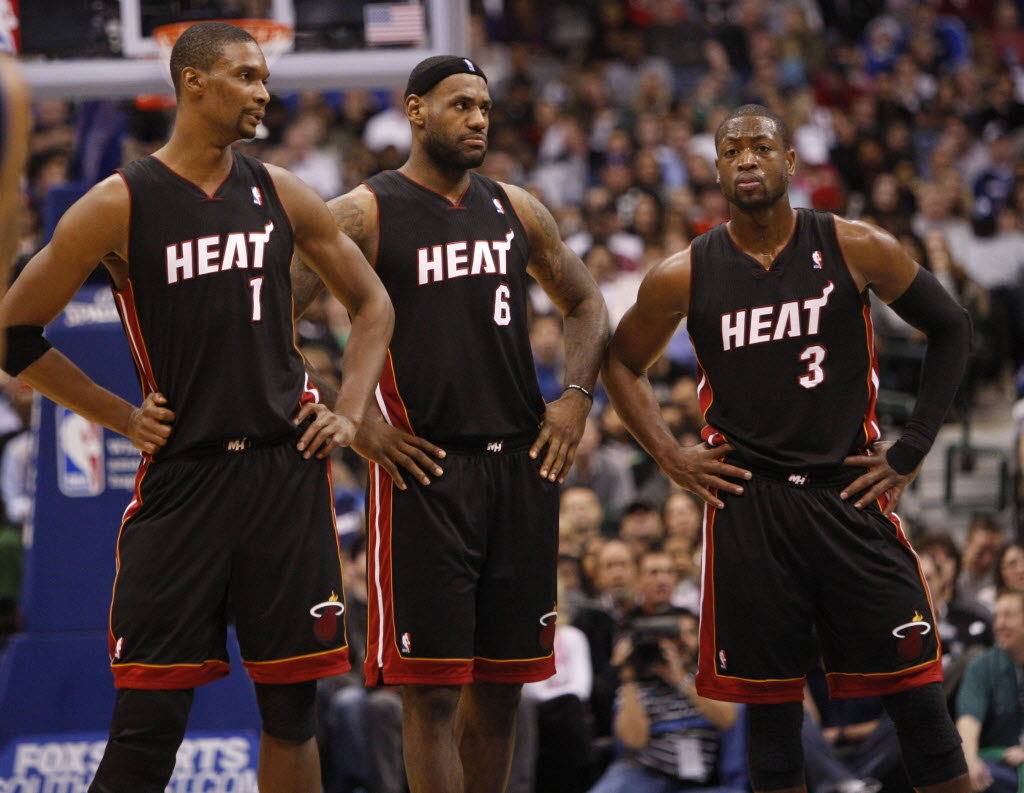 It’s often said that the only constant in life is change. For a Miami Heat squad staring down the gun barrel of imminent elimination, the chaos that comes with uncertainty is encroaching rapidly. Overnight, Heat fans went from cheering their back-to-back champion squad to unleashing a torrent of boos as they watched their beloved Heat team suffer from absolute annihilation in consecutive home games that seemed to be over from the get-go.

It’s an uncomfortable reality, but it’s one that must be acknowledged: the Heat formula must be revamped, and it must be revamped soon. If this series has shown anything, it has showed that the team is much older than it seems, and players that were once touted as superstars are beginning to play as nothing more than mere shells of their former selves. In short, it means that anyone is expendable.

With legacy in mind, this impending loss would be a devastating one for the likes of LeBron James, but for Miami Heat diehards, it’s especially tough when you consider what it would mean for Dwyane Wade. Many of us watched Wade mature right in front of our eyes. He was once nothing more than a skinny rookie from Marquette, but now, Dwyane’s face appears worn and exhausted after constantly battling on the hardwood through a multitude of injuries and a million more nicks and bruises. If this series is any indication, retirement might be something he’ll have to seriously consider in the next few seasons. This season, Wade played the second the fewest minutes of his career with only 1777 minutes after playing 2394 minutes the season before. Wade also had the second lowest scoring season of his career with 1026 total points after simultaneously tallying the second lowest scoring average of his career with 19 points per contest.

His defense has also suffered, but this has been specifically highlighted during the NBA Finals. Whether it’s fatigue or disinterest, Wade has played atrocious offball defense for most of this series. He lazily closes out on shooters, and he’s struggling to stay on his man due to the incredible amount of offball movement found in the Spurs offense. All of this quick cutting has to be wreaking havoc on his already aching joints, and offensively, he’s nowhere to be found as of late.  The Flash we all once knew and loved appears to have been a flash in the pan. While he’s enjoyed an illustrious career, it’s time for Dwyane to seriously evaluate his offseason exercise regimen. To see a man who’s endured a lot of highs and lows as a member of the Heat, it was a sad sight to see him play so terribly in what very well might be the Heat’s last home game of the season.

Head Coach Erik Spoelstra, despite attempts at adjusting to Gregg Popovich’s seemingly unstoppable squad, appears absolutely hopeless as far as motivating his team to play competent defense in the past two home games. Despite his refusal to blame fatigue for his team’s failure to appear active and alert, they have come out in both contests with horrible energy and languid efforts. Spoelstra can only do so much, and it’s clear this series is more about his team’s inability to execute rather than a coaching mismatch as many might point out.

Although his claim to fame was always a dependable faceup game, Chris Bosh seems to have embraced his shooting ability a little too much. His desire to settle for perimeter shots, although good on paper, has resulted in more ball stopping for Miami, and it appears that he’s more tentative in and around the paint area—which should be any big man’s sanctuary. Bosh has been mostly a non-factor, and considering how poorly Wade has been playing, he drastically needs to step up his play going forward as Wade’s status deteriorates.

Considering the point guard position has always been a weakness for the Heat, the fact they’re getting meager production out of Mario Chalmers and Norris Cole in this series is extremely disappointing for Heat fans. It’s not that they’re getting bad looks, it’s just that they can’t knock them down, and wide open bricks are just putting more pressure on LeBron James to do more with less. Mario Chalmers will be an unrestricted free agent this year, and after this horrific performance in the most important games of the season, there’s no doubt that Chalmers’ free agency stock will take a nosedive. 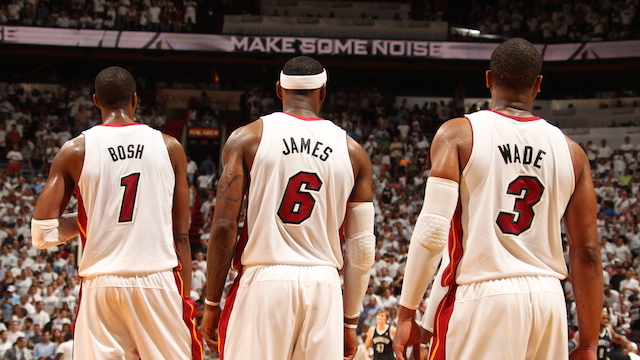 (Photo courtesy of Getty Images) “Could this be the last time we’ll ever see James, Wade and Bosh together in uniform?”

And then there’s LeBron James. LeBron has never been a particularly adept isolation scorer. If you throw him the ball, he doesn’t have the arsenal that a Carmelo Anthony or Kobe Bryant has. LeBron gets most of his offense in the flow of the game, but when the threat of other scorers disappears, the threat of LeBron as an individual scorer worsens significantly. He thrives off of team success, and as it stands, it’s getting tougher and tougher for him to carry the entire scoring load while his teammates continue to struggle.

The Spurs are forcing LBJ to shoot off of the dribble, and they’re purposely pushing him away from the middle of the floor as much as possible. He’s still putting up points, but the scoring isn’t aggressive enough to where he is demanding the ball on every possession and putting his head down and attacking the basket. The Spurs are playing swarming team defense, and they are making Miami play as individuals rather than a cohesive unit.

If the Heat go on to lose this series, it won’t be fair, but LeBron will be blamed tremendously. He will have a 2-3 record in the NBA Finals, and it could very well spell the end of the Big Three era in Miami. Is this panic from many Heat fans warranted? Maybe, maybe not, but from here on out, the good old days of comfortable dominance seem to be over.

As rumors swirl concerning the possible addition of Carmelo Anthony, it only makes this offseason even more dramatic. Despite Chris Bosh’s assertion that a Melo to Miami move is unlikely, it won’t extinguish clamoring voices trying to make sense of a disappointing Finals performance.

Hopefully, this 3-1 deficit is just a part of a terrible nightmare, but if that ugly reality does indeed set in, it will usher in an era that many Heat fans hoped was over with the arrival of LeBron James back in 2010.

Of course, let’s not pretend that making four consecutive NBA Finals is a bad thing, but coming this far to fall on your face is almost as gut-wrenching as not making the playoffs in the first place, perhaps more so.

Success in professional sports is cyclical, and while eventually we all knew this day would come at some point—another failure in the LeBron James era— it’s safe to say a lot of us didn’t think it would happen so soon.

The end isn’t here just yet, but it certainly doesn’t look good. Here’s to hoping for a miracle.