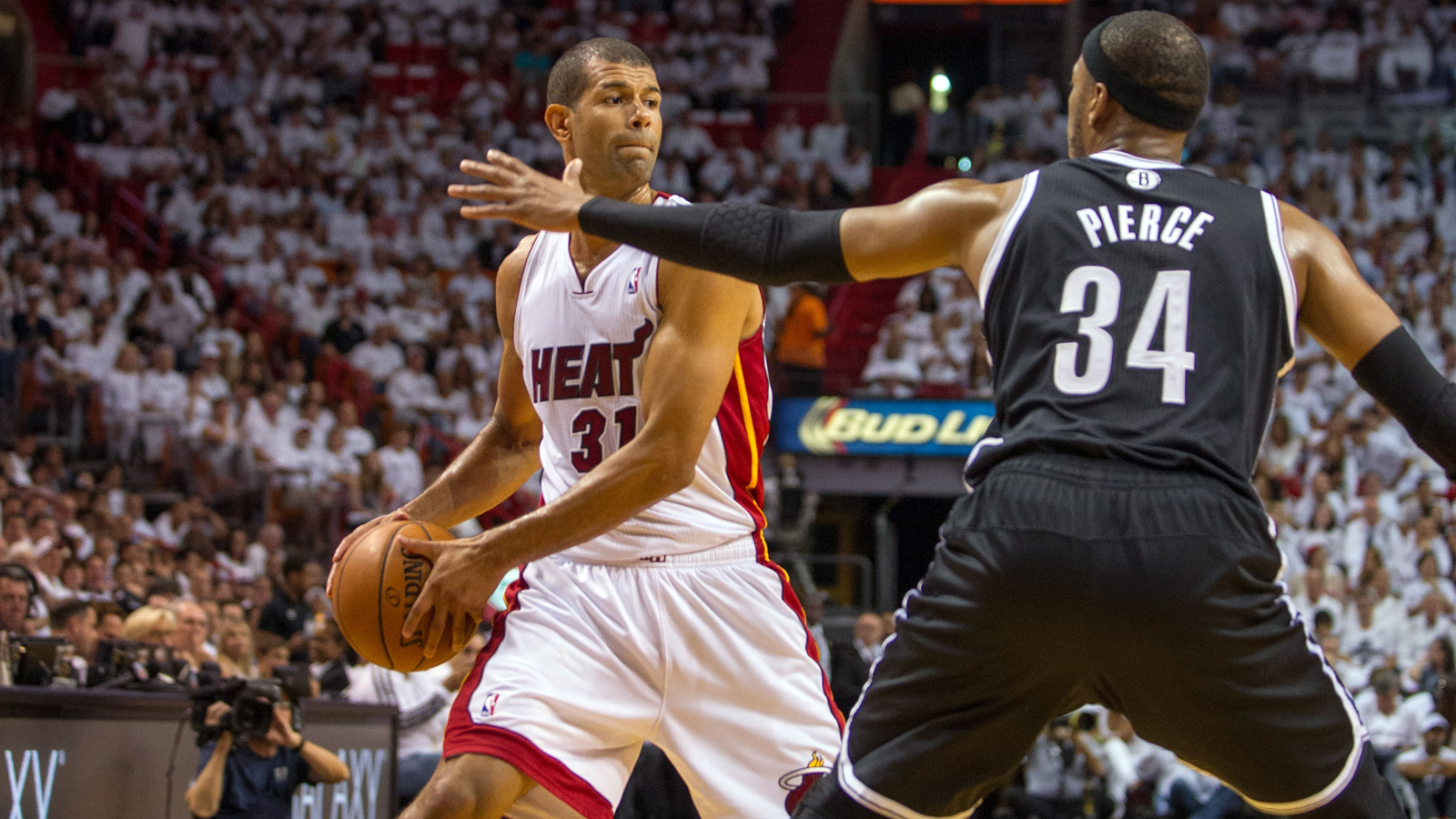 During Game 1 of the Eastern Conference semifinals Tuesday, Joe Johnson quietly put together a decent offensive night, scoring 17 points on 7-of-11 shooting. As quiet as he was in a 107-86 rout, his description of a certain Heat defender was as resonating as can be.

The return of Shane Battier to the starting lineup after a two-minute, invisible first-round series outing against the Charlotte Bobcats turned out to be quite a memorable one in the mind of Johnson, who described Battier as a “pest.” Battier, a wily veteran from the same draft as Johnson (2001), has been a solid defender throughout his career, but the label of pest has to be the level he must maintain for the Heat to eradicate any presence Johnson has on this series.

Battier’s disappearance from the first round – and seemingly over the past month – made for quite a 26-minute display of effort and energy against the Nets’ leading scorer (team-high 21.3 points per game) and go-to player. Eight points on 3-of-5 shooting (2-of-4 from the three-point line) doesn’t make the case for Battier’s importance in the starting lineup, but his coverage of Johnson opens gates for LeBron James on both ends of the floor, as James is tasked with going toe-to-toe with Paul Pierce, a crafty future Hall-of-Famer, but an eventual victim to Father Time at 36 years of age.

Johnson, in his prime at 32, has lived on isolated play with a jumper that doesn’t often miss, but Battier’s very peskiness on the perimeter can be the wrench that falls into the game plan of the Johnson-Pierce forward duo, which was lethal on the younger legs of the Toronto Raptors last round, averaging 37.7 points per game in the four wins during the seven-game series. The Nets were 3-1 in the series when Johnson scored at least 20, something Battier knew was going to lead to head coach Erik Spoelstra’s call for him to replace Udonis Haslem in the starting lineup, despite Battier having started only four total games since March 14 prior to his eventual resurgence in Game 1.

“I knew once the Nets won I would probably get the nod,” Battier said. “That’s why I continued to work hard during the Bobcats series. I had a feeling, that’s why it wasn’t a huge surprise.”

Despite Johnson’s 19.5 point-per-game average in a four-game regular-season sweep over the Heat, Battier managed to get the best of him in the third match-up on March 12, helping hold Johnson to eight points on 2-of-10 shooting. Battier isn’t a shark smelling blood from that defensive display because of his profound respect for the versatility Johnson brings with his offensive attack.

“He’s got a lot to his game,” Battier told Bleacher Report’s Ethan J. Skolnick. “There’s not a lot you can take away, so to speak. I’m not saying you can take away…but Carmelo Anthony, he’s so left-hand dominant. So if you make him put it in his right hand, he really struggles. Joe, you can’t really do that. You really just have to fight him, play him honest, make him work for catches. Don’t let him get any free catches, because once he gets a free catch, he’s got multiple options.” At 35 years of age and nearing retirement, Battier himself has no litany of options to make an impact on this series. His lone role, one that Haslem can’t currently handle due to the glaring mismatch at power forward with Pierce, is to make plays difficult for a high-volume scorer like Johnson. Averaging 4.1 points per game during the regular season, his level of havoc is miniscule on the offensive end. But the game slows down in the playoffs; half-court basketball rules the day. Veterans like Battier can feel at home at this point; 98 career postseason games sticking with the league’s best scoring forwards illustrate.

Depending on rookie head coach Jason Kidd’s approach to his starting lineup and whether or not he wants Johnson playing at forward or guard, Battier is the lone player beyond James that Spoelstra can depend on to handle the transitions. No Heat forward off the bench can apply the savvy and assertiveness on the defensive end to make Kidd have to mix and match with Pierce-Johnson or Pierce and Alan Anderson at forward. Either way, the “pest” has to do his best to help annoy Johnson on the perimeter, and the Nets into three more losses.