10 Free Agents the Miami Heat Could Be Looking to Target 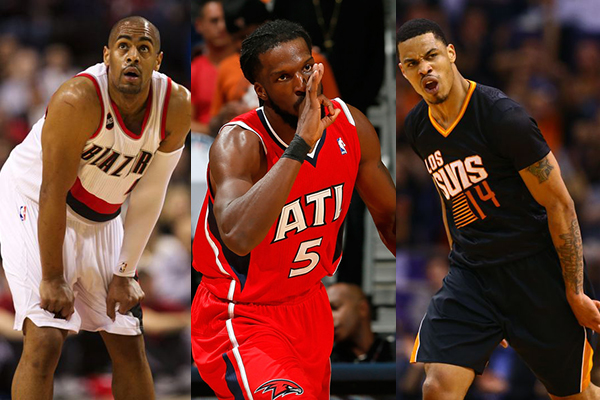 The NBA free agent sweepstakes, which get underway in mid-July, offer teams around the league an opportunity to rebuild or reload.

The Miami Heat are somewhere in the middle of those two extremes. Injuries to key players throughout the season kept the Heat from fully realizing their potential. In spite of that, the team missed the playoffs by just one game.

So, Pat Riley and Erik Spoelstra will probably want to tinker around the edges and find players who can come in and contribute quickly. The Heat already have a solid starting lineup featuring a mix of championship experience and young talent. Player for player, they are as talented a group as any in the NBA.

Speaking of that starting five, three — Dwyane Wade, Goran Dragic and Luol Deng — have player options for next season. Dragic is the most likely of this trio to opt out of his contract this summer, since the 29-year-old point guard in his sixth year out of Yugoslavia is in line for a huge pay day — probably a max contract in the range of 5 years/$109 million.

But Pat Riley is confident that Dragic will be the Heat’s starting quarterback next season. One big factor that weighs heavily in favor of Miami vis-a-vis Dragic’s likely free agency: only the Heat, by virtue of acquiring Dragic’s Bird rights in their trade deadline deal with the Phoenix Suns, can offer the stud play caller a fifth year worth an additional $25-27 million.

Wade will be paid over $16 million next season if he chooses to exercise his player option. Setting aside the money (which he most likely would not get on the open market), though, Wade is probably not inclined under any circumstances to leave the team that drafted him out of Marquette University 11 years ago and for which he has played every minute of his illustrious career.

Deng, who will be paid over $10 million next year if he opts in, is something of a wild card for the Heat as the team approaches free agency. He started 72 games at small forward for the Heat in 2014-15, making him the ironman of the team’s first five. Although his offensive numbers were generally in line with his career averages, his scoring output (14.0 ppg) was his lowest since his rookie season.

Still, he was a steady contributor on the court and a positive presence in the locker room, and the Heat could do worse than having Deng on their roster when next season tips off.

But if Deng were to decline his player option, that would give Riley about $10 million more to play with this summer; a substantial sum that could be used to sign one or two second-tier free agents who would fit into the Heat’s short- and long-term plans.

With the salary cap set to mushroom by $40 million between the upcoming offseason and the summer of 2017-18, the Heat will have to be selective in the type of players they recruit and the length of contracts they offer.

Players themselves, especially superstars, will be equally cautious in the choices they make in the next couple of years as they eye the windfall coming their way in the not-too-distant future.

Further complicating matters for Riley and the Miami number-crunchers: if the Heat max out Hassan Whiteside when he jumps into the free agent pool next year, Miami could conceivably have three players — Chris Bosh, Dragic and Whiteside — each making $20+ million per year going into the 2016-17 season.

The combination of a substantially higher salary cap in the next few years and top tier players coming to the end of their contracts over that same period present NBA executives and general managers with a promising but complicated free agent landscape.

For now, let’s assume the Heat’s starting five stays intact come next fall, with Wade and Dragic in the backcourt, Deng and a healthy Bosh in the frontcourt, and Whiteside manning the middle.

The fact that Miami’s starting jobs are all taken makes Riley’s job easier in some ways, and trickier in others. Easier, because the Heat will not be vying for the big name free agents who are available this summer. LaMarcus Aldridge, Marc Gasol, Jimmy Butler, Kevin Love, DeAndre Jordan — these are names that Riley can cross off his list.

Rather, the Heat need to find players who will be content with coming off the bench — guys who know coming in that they will be a part of the supporting cast. However, because of the age and health at least two starters — Wade and Bosh — these role players could conceivably find their workload increase next season.

Threading the needle between young, unproven talent and experienced veterans on their last legs will not be easy. Miami needs to find some diamonds in the rough and sign them to cap-friendly contracts.

So, who might the Heat target in free agency to to fill out the team’s supporting cast?

Let’s go with ten players — two at each position on the floor — who the Heat might consider luring to South Beach: 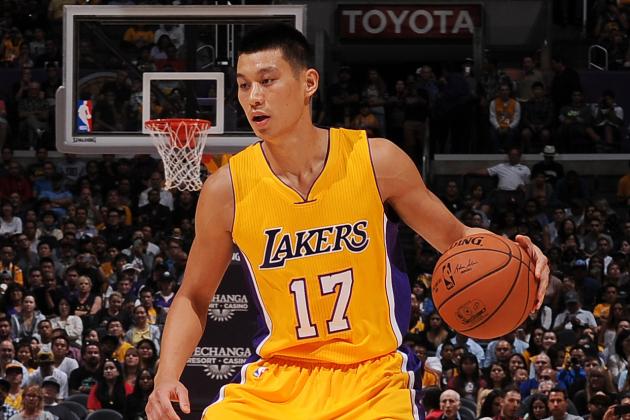 Lin was mentioned here as a possible trade target back in February, but he still makes sense as a potential free agent pickup for the Heat.

That sensational spring of 2012 when “Linsanity” was born seems so long ago. Lin has come back down to Earth since then, but basketball fans can still catch glimpses of the talent that lifted him to historic heights three springs ago.

He signed a back-loaded three-year, $25 million contract with the Houston Rockets following the 2011-12 season, $14 million of which was paid to him this past season by his current team, the Los Angeles Lakers.

At this point, Lin will have to set his expectations a bit lower as he looks for a new team (the Lakers, whose head coach Byron Scott demoted Lin to the bench halfway through the season, will almost certainly not bid for his services). He would be fortunate to get a starting job with any team, and at half of what he earned this season.

Lin is probably going to attract a two- or three-year contract in the $11-13 million range, although there are some more (unreasonably) bullish estimates of Lin’s earning potential out there, too.

If the Heat can get Lin at their price, $4-5 million per season for a couple of years, he could potentially be a very effective backup for Dragic. Lin is still good at probing the heart of the opposing defense, drawing defenders to himself, and dishing the ball to slashers for easy dunks and layups or kicking it to open shooters for three’s.

The former Harvard University standout also has, as one might expect for a graduate of the world’s top university, a high basketball IQ.

Lin could also play within himself as a reserve, rather than try to live up to a big contract and high expectations as he did in Houston and L.A. Having lost his starting job in both cities, he may embrace his role as Spolestra’s first call off the bench.

Next: Will Bynum (Washington Wizards)