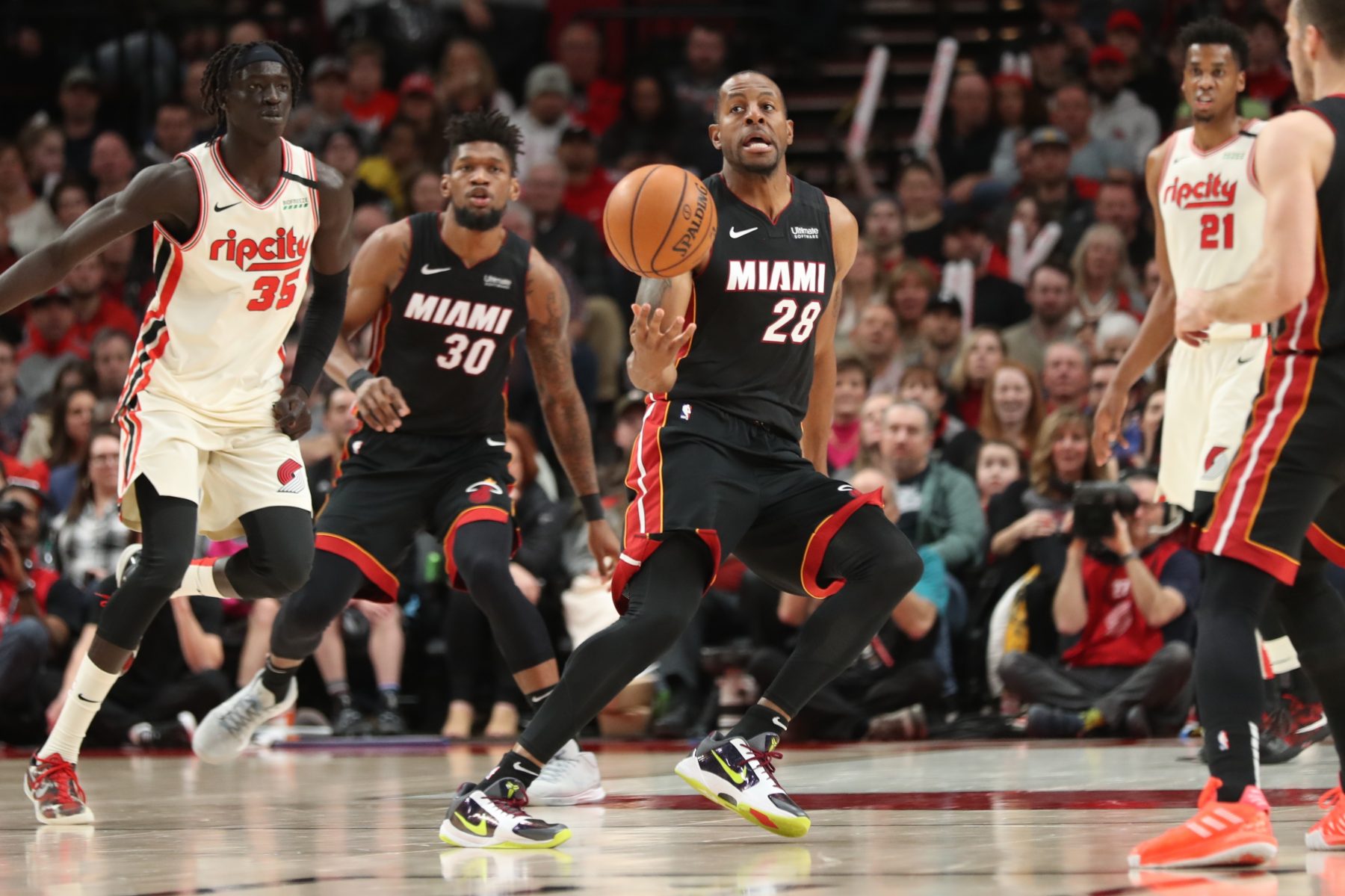 Though the Miami Heat did not get a win in Andre Iguodala’s debut with the team, the three-time NBA champion was able to put his defensive skills on display.

Iguodala played 23 minutes in Sunday’s 115-109 loss to the Portland Trail Blazers. He recorded two points, six rebounds, three assists, one block and one steal in his first appearance with the Heat.

While he made undeniable contributions on both ends of the floor, it was his effort on the defensive side of the ball that really stood out.

right off the bat Iguodala gets a strip steal, classic Andre pic.twitter.com/aDveY8j3VO

Iguodala’s defensive ability is just one reason why the Heat made a move to acquire him prior to last week’s trade deadline. Another primary reason is his impressive championship pedigree.

As a former member of the Golden State Warriors, Iguodala has ample playoff and NBA Finals experience. He played crucial roles in all five of the Warriors’ recent Finals appearances. He was even named Finals MVP in the 2015 series.

Heading in the 2019-20 season, the Heat were considered playoff hopefuls. They’re now considered one of the most dangerous teams in the Eastern Conference.

Despite losing their last three games, the Heat sit at the No. 4 seed in the Eastern Conference. Hopefully, Iguodala’s veteran presence and defensive acumen can help the Heat get back on track to finish the season out strong.

On Monday night, the Heat face off against the Warriors and many of Iguodala’s former teammates.

That matchup will be Miami’s second-to-last game before the All-Star break.