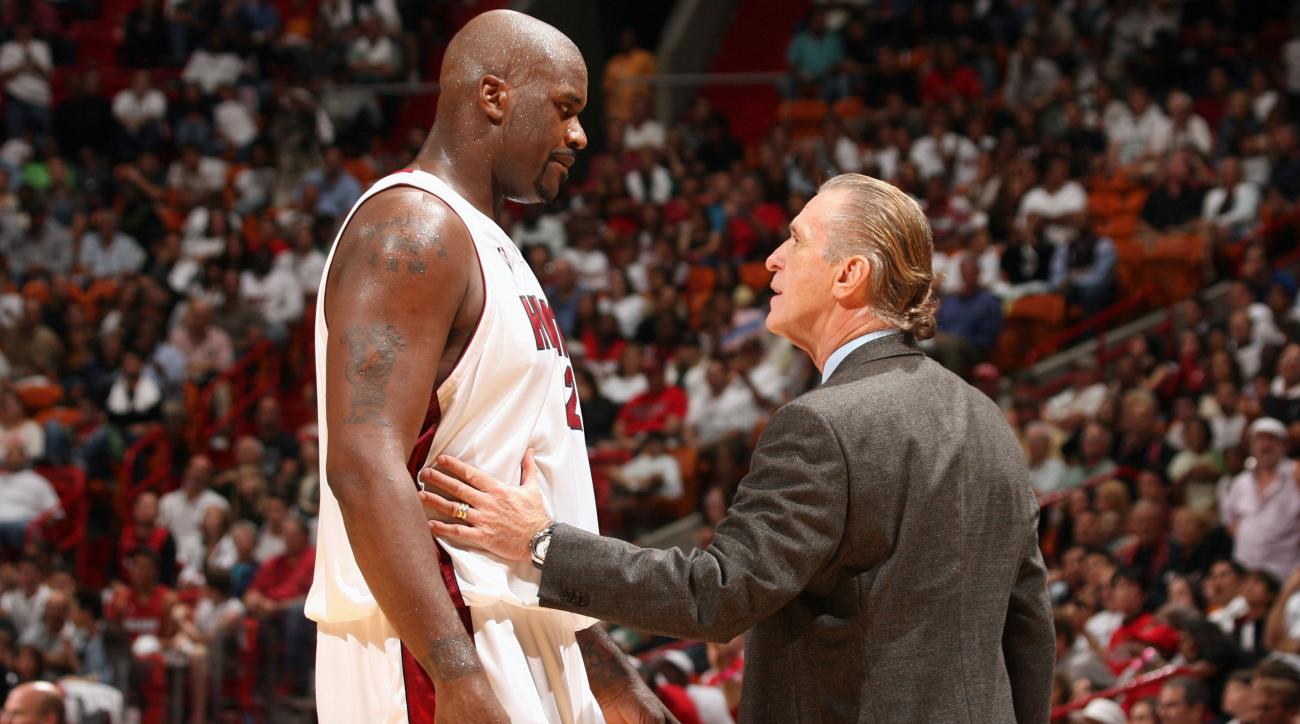 The imposing physical presence of former Miami Heat center Shaquille O’Neal made him tough to handle, especially when the big man got mad. Current Heat forward Udonis Haslem once got a firsthand look at O’Neal’s anger when it was being directed at then-Heat head coach Pat Riley.

Haslem shared his anecdote on the “Knuckleheads” podcast that’s a part of The Players’ Tribune platform.

.@ThisIsUD never had a man push him like he was a little boy. And then he met Shaq.

“With Shaq, one funny story with him is when him and Riles (Riley) got into it,” said Haslem.

After one co-host clarified to the audience that it was Riley, Haslem continued:

“There’s just a lot of talking back and forth, and nobody wasn’t backing down, and me being a stand-up guy I am, I just stepped in the middle. I was like, ‘Come on big fella, man. You just go ahead, big fella. It ain’t worth it, It ain’t worth it.’ Man, I ain’t ever had a man push me like I was a little boy.”

Haslem imitated the push that he received from O’Neal as well as the angry giant’s blunt reply regarding what he might do to Riley.

“‘Nah, I ain’t gonna hit ’em. F— that,'” Haslem quoted O’Neal as saying before adding to the hosts. “Bro, I flew about five feet and at that point I said, ‘Man, I ain’t going back. That ain’t my fight. I’m outta here. You ain’t gonna be pushing on me like that big fella and it was too easy for you to push on me like that. I didn’t like that.’ Man pushed me out of the way like a little boy. Can you imagine what he would have did to Pat.”

O’Neal and Riley eventually cleared the air over their dispute and together with Dwyane Wade were part of the Heat’s first-ever NBA title in 2006. Yet O’Neal’s sheer size of 7-foot-1, 325 pounds would have been no match for the 6-foot-4 Riley, who was also 27 years older.

Haslem is currently debating the pros and cons of returning for what would be his 17th NBA campaign. All of the Miami native’s seasons have been spent wearing a Heat uniform, with the veteran looking for a farewell tour of his own after being witness to the adulation that teammate Dwyane Wade received in his last year.
[xyz-ihs snippet=”Hn-Responsive-EOA”]