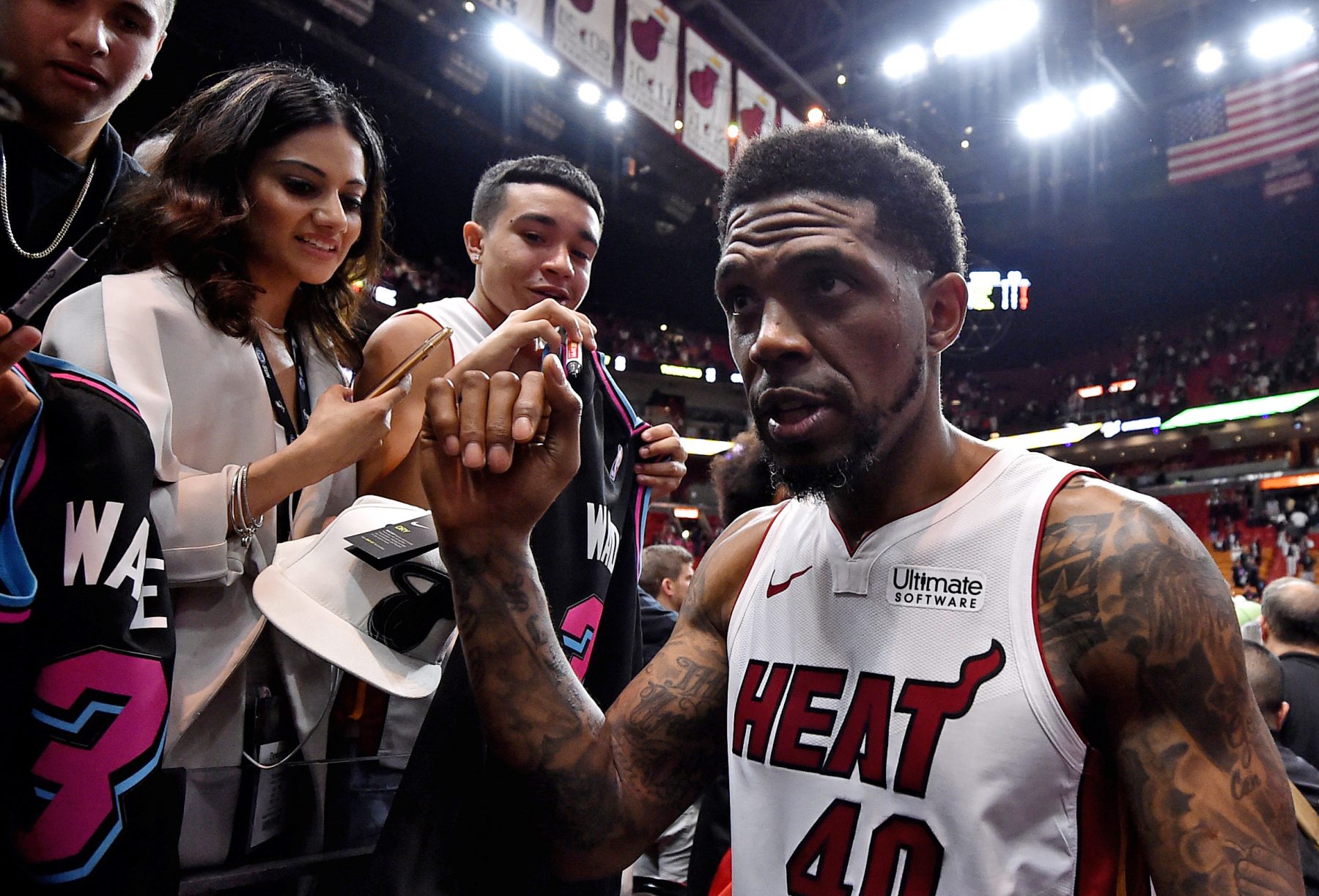 While the Miami Heat’s 2018-19 season fell short of a playoff berth, there were a host of memories that was fueled by the support of the team’s fan base.

Recognizing that particular aspect, the team offered a video of veteran and team captain Udonis Haslem giving sincere thanks to fans for their dedication and support during a campaign in which Heat legend Dwyane Wade offered a long goodbye.

Haslem’s own time on the court during this past season was limited, seeing just 74 minutes of action over his 10 game appearances. However, the 16-year veteran once again served as an invaluable presence in the Heat locker room, a chief reason why he was tabbed as one of the team’s captains.

Presently, Haslem is undecided about returning for a 17th year in the NBA, though Heat head coach Erik Spoelstra expressed hope that the veteran and Miami native will decide to come back. One report earlier this month indicated that Haslem and his family would like to see a farewell tribute similar to the one that his close friend Wade received.

Regardless of whether or not he does return, the Heat will definitely make sure that Haslem’s contributions to the franchise are recognized.
[xyz-ihs snippet=”HN-300×250-TextnImage”]