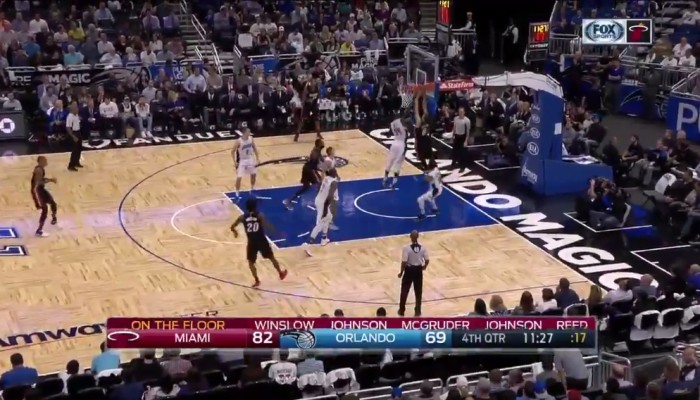 The Miami Heat are currently rolling in their season opener as they take on the Orlando Magic.

With a balanced attack on the offensive end and strong all-around defensive effort, the team on the verge of their first victory of the young NBA season.

Watch as budding young guard Tyler Johnson goes up for the two-handed dunk and posterizes a Magic defender.