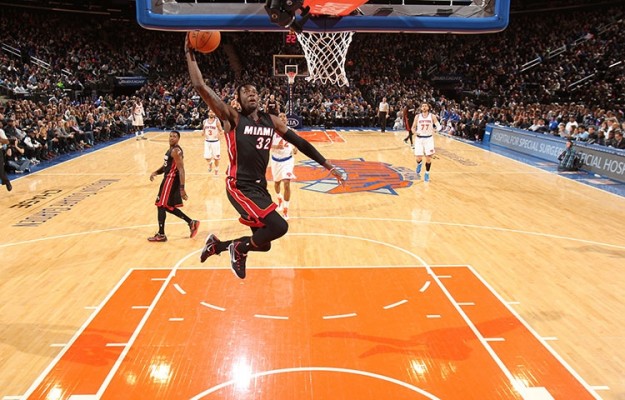 In a 48-hour stretch that saw the Miami Heat reach both high and lows as they successfully acquired Goran Dragic and then almost immediately after lost Chris Bosh, who was diagnosed with blood clots in his lungs, Miami found a way to compose themselves and pull off an impressive 111-87 victory over the New York Knicks on Friday night.

The game turned out to be one of the most highlight-filled games of the season as Miami had eight out of nine players score in double figures. With several notable plays on the night, we thought we’d break down the five very best plays on the evening starting with No. 5. Enjoy.

Next: Napier Hits the Three in Style