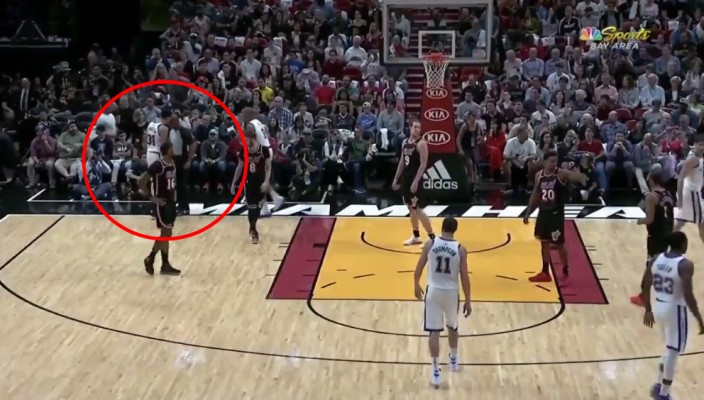 The Miami Heat are giving the Golden State Warriors a run for their money in Sunday’s game.

The defending NBA champs will be without one of their key bench players for the rest of the game after Shaun Livingston was ejected following a physical interaction with one of the game’s referees.

Livingston’s ejection came after he became aggravated following a missed shot in which he thought he was fouled by Heat guard Tyler Johnson. Following the shot, he pled his case to referee Courtney Kirkland.

After a quick back-and-forth, Kirkland threw the veteran point guard out of the game after what looked like a slight headbutt from Livingston.

Shaun Livingston ejected after making contact with a ref pic.twitter.com/ZRGfDEG7vc