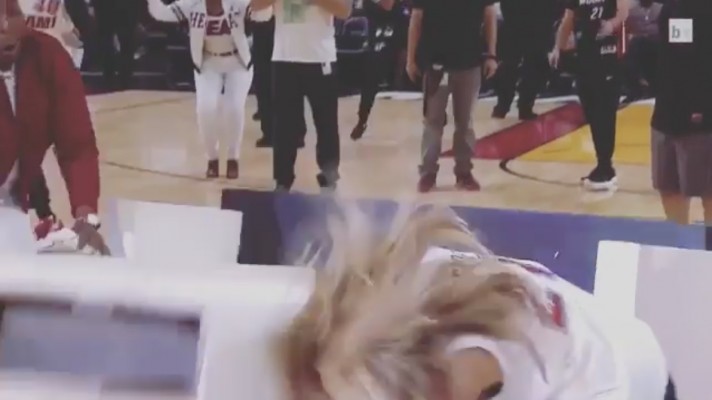 Although the Miami Heat came away with a 99-95 victory on Thursday night against the Dallas Mavericks, one fan may be wishing to erase the game from her memory entirely.

During halftime, a lucky Heat fan was awarded a three-day, two-night stay at the Kimpton EPIC Hotel along with a gift card and complimentary spa service. As a part of the promotion, the fan proceeded to walk through a prop door with what was seemingly a gift card in her hand.

Watch as the poor unsuspecting fan walks through the door and has the entire thing fall on her head.

Girl wins a contest at a #MiamiHeat game but that wasn’t her only surprise…??? @BleacherReport #WSHH