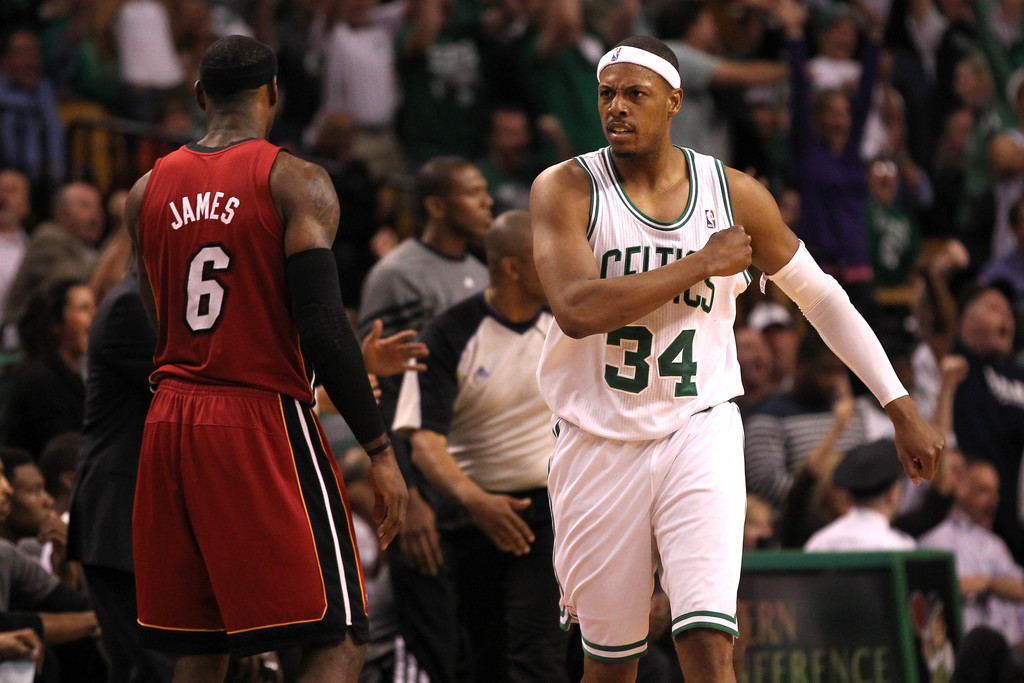 First, Pierce left James off his list of top-five players ever.

Now, he believes that while playing for the Miami Heat, James and the Big 3 “underachieved.”

“The Miami Heat, who in my eyes underachieved, and were a Ray Allen shot away from only winning one championship,” Pierce said. “We ain’t talking about that. How about that?”

Paul Pierce says the Miami Heat's Big 3 underachieved: "They were a Ray Allen shot away from winning 1 championship. … They should've won 3 out of 4." pic.twitter.com/OrjkoFaDsE

Even though Allen’s 3-pointer in Game 6 of the 2013 NBA Finals saved Miami’s season, they still went on to win the decisive Game 7.

“That team right there — let’s be honest,” Pierce said. “When we saw that LeBron was going to Miami with D-Wade (Dwyane Wade) and Chris Bosh, did you not think they would run the table?

“It was like that team nobody can beat them. They should have been one and four, they skated with two out of four but they should’ve probably won three out of the four.”

Despite Pierce’s criticism, Miami made the NBA Finals every season with the Big 3, and James won two regular season MVP awards.

It’s hard to ask for more success in a four-year stretch than that.