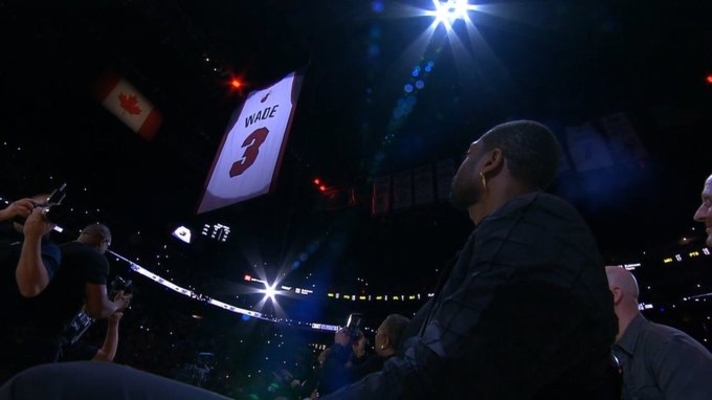 During halftime of the Miami Heat’s game against the Cleveland Cavaliers, retired legend Dwyane Wade’s jersey was officially hung in the rafters at American Airlines Arena.

The Heat are currently on day two of Wade’s official retirement ceremony, with a highly anticipated documentary set to be released on Sunday titled, “D. Wade: Life Unexpected.”

Wade is a three-time NBA champion and highly considered to be the greatest Heat player of all time. He was named Finals MVP in 2006 and led the league in scoring in 2009.

The Marquette University alum finished his career with averages of 22.0 points, 4.7 rebounds, 5.4 assists, 1.5 steals and .8 blocks per game.