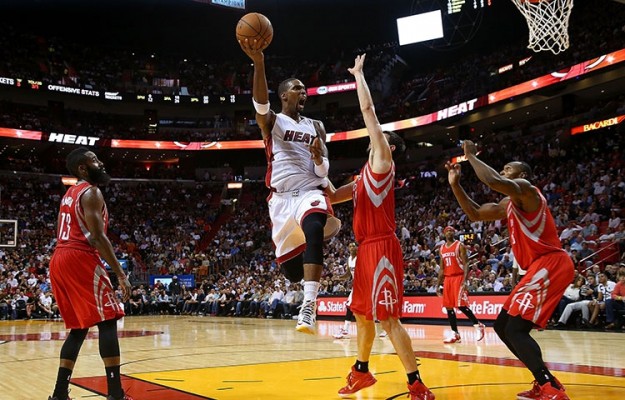 The Miami Heat’s three-game winning streak was snapped on Tuesday night as they fell to the Houston Rockets, 91-108. After cruising through three Eastern Conference teams, the Heat got their first real test as they played an elite Western Conference powerhouse, which featured James Harden and Dwight Howard. Chris Bosh finished the game with 21 points and eight rebounds, while Dwyane Wade chipped in with 19 points.