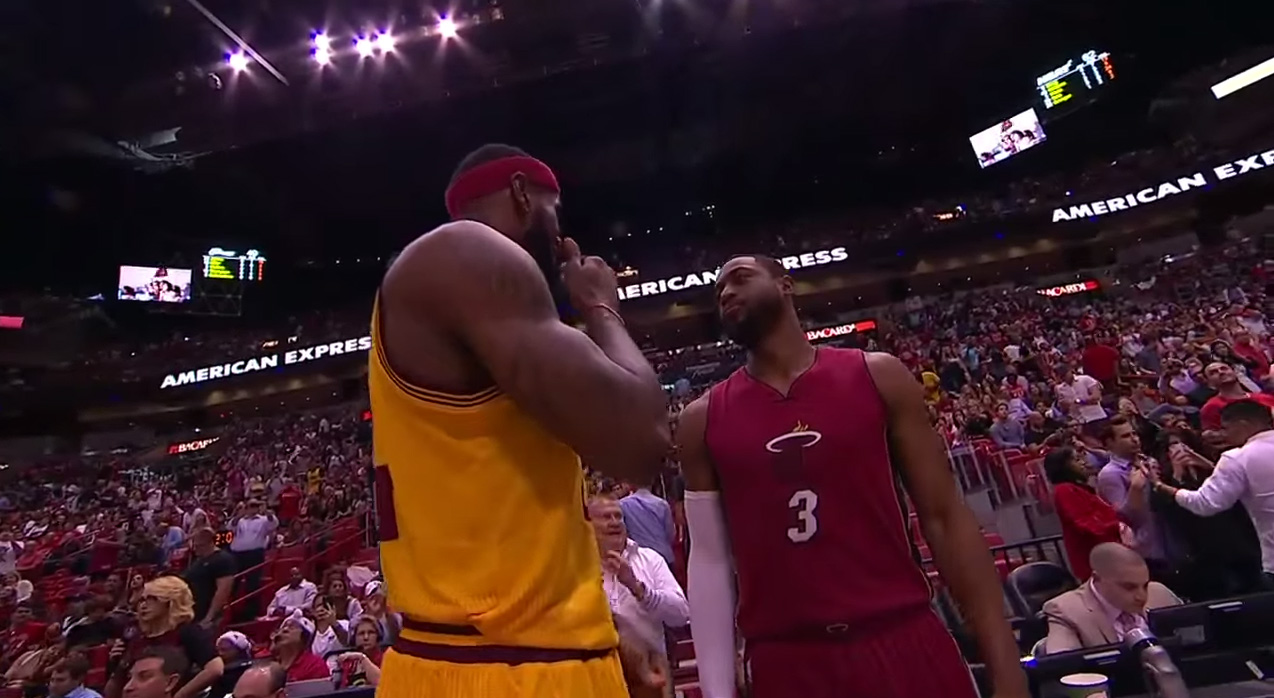 LeBron James came into town yesterday in what turned out to be perhaps the Miami Heat‘s most rewarding victory all year as they trumped the Cleveland Cavaliers, 101-91. After the game, LeBron and Dwyane Wade embraced and had about a three-minute conversation.

What we found particularly intriguing was a part of the conversation that we caught where LeBron says something along the lines of, “We’re gonna reunite again and do some better and better things alright. You already know, yes sir.” Take it how you will, whether they’re talking about some off-court stuff or whether they’re talking about possibly playing with each other again in the future.

But with both players having a player option for the 2015-2016 season and with LeBron’s nomadic tendencies, we’re not writing off a possible return of King James to the city of Miami in the future. Remember, James signed a two-year, $42.1 million deal with the Cavaliers, with a player option for year two.

It’s a long shot that LeBron leaves the city of Cleveland again. However, nobody predicted Wade, James, and Chris Bosh playing together in 2010, but guess what happened.

Be sure to listen closely and carefully with the volume turned up (headphones recommended).
[xyz-ihs snippet=”Responsive-Ad”]

I know I've posted this before but I've noticed something else. I deleted the original post to replace it with this. (HEADPHONES RECOMMENDED-TURN VOLUME ALL THE WAY UP) LeBron: Like I said, if we aren't better this year, we're gonna reunite again and do some better and bigger things aight? Wade: oh you already know LeBron: Yes sir. What could this mean? Oh and it's been reported that if LeBron was forced, he won't hesitate to make the "appropriate business decision". I've noticed the conversation right before NBC Sports and Bleacher Report did, which is quite an accomplishment. I noticed it right after the Christmas game because I watched the highlights on YouTube. Can't wait for 2016.. I know LeBron just said that this does not have to do with leaving Cavs but who knows..