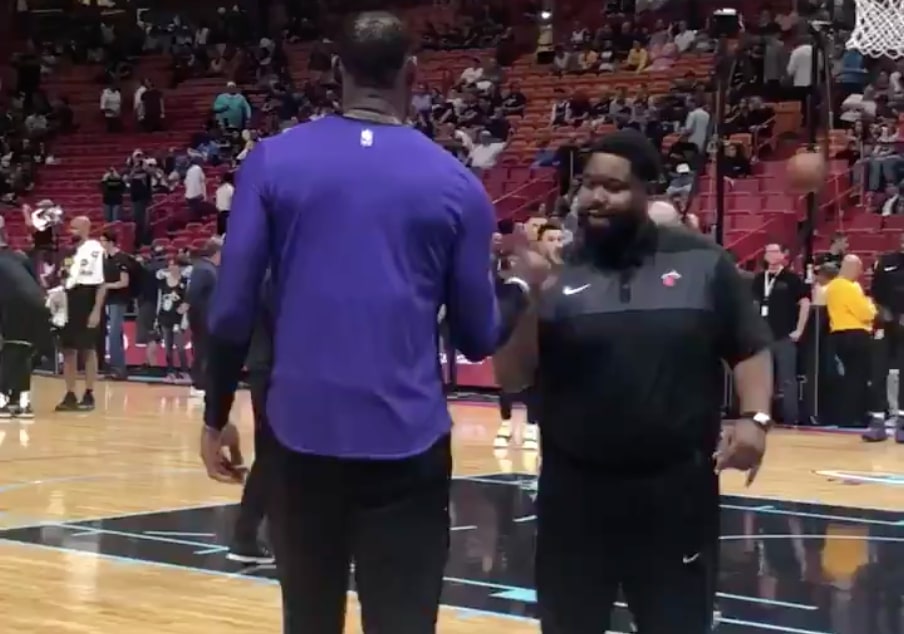 LeBron James is many years removed from his time with the Miami Heat, but that hasn’t kept him from remembering the personalized handshakes he created while playing in South Florida.

Prior to the Heat’s 113-97 defeat at the hands of James and the Los Angeles Lakers, the four-time MVP put his long-term memory on display when he nailed a handshake with a Heat staff member.

Stop 1 of the LeBron James Reunion Tour tonight (stop 2 is Wednesday in Cleveland). And he still remembers all the handshakes… pic.twitter.com/YXJJi09cFv

This wasn’t the only way James showed off at American Airlines Arena. He had an incredible performance and finished the night with 51 points, eight rebounds, three assists, and two steals. While Heat fans did not get the result that they would have hoped for in the game, there’s no doubt that it’s special to see that kind of performance.

While fans won’t get to see James play again in person this season, the Heat will get a chance to avenge Sunday night’s loss when they head to Los Angeles to face off against the Lakers on Dec. 10.
[xyz-ihs snippet=”HN-300×250-TextnImage”]