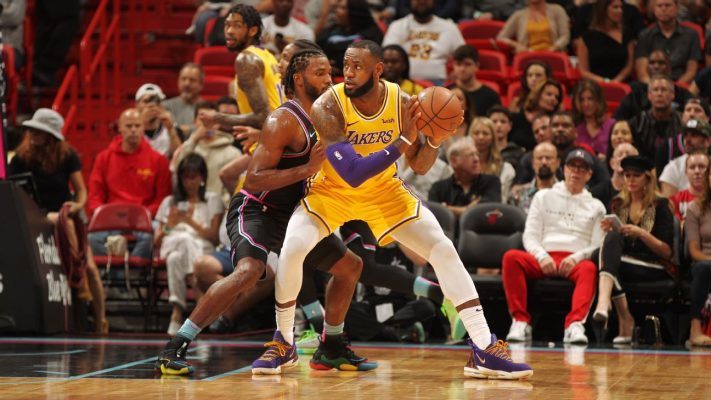 LeBron James may be in a Los Angeles Lakers uniform, but that doesn’t mean he isn’t keeping tabs on one of his former teams.

James, who now resides in Los Angeles, was seen keeping tabs on the Miami Heat’s Wednesday night matchup against the Toronto Raptors.

The four-time MVP played for the Heat from 2010 to 2014 and helped deliver two championships and four straight NBA Finals appearances.

James put up averages of 26.9 points, 7.6 rebounds, and 6.7 assists while with the Heat. The Heat are currently looking for their sixth straight victory as they take on the Eastern Conference-leading Raptors.

And who knows, maybe one day in the future the three-time champion will be wearing the red and black once again.
[xyz-ihs snippet=”HN-300×250-TextnImage”]