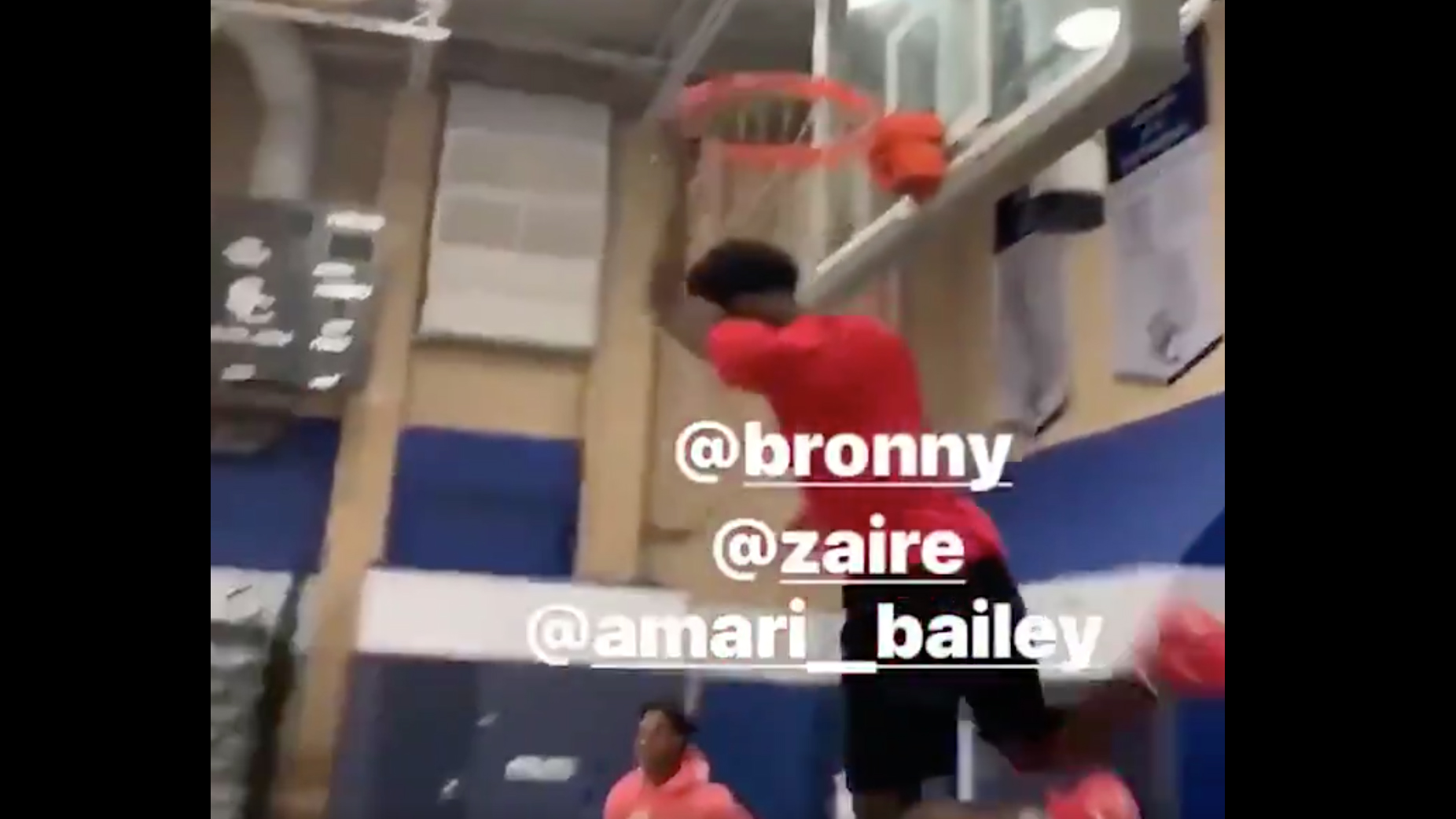 The second generation of Peanut Butter and Jelly is in full effect at Sierra Canyon School in Los Angeles as LeBron James Jr. and Zaire Wade are officially high school teammates.

It hasn’t taken long for the two youngsters to prove that their on-court connection has the potential to be quite reminiscent of the one their fathers shared while playing for the Miami Heat.

In a recent practice, the two teamed up for an impressive dunk.

Bronny ➡️ Zaire is going to be fun to watch 💪

Wade, an incoming senior at Sierra Canyon, is quite a bit older than James, but the two have understandably been friends for much of their lives.

As James is just an incoming freshman, it is unclear how much playing time he will get at the onset of his high school career. Still, it stands to reason that the two will get quite a bit of playing time together.

If this dunk is any indication, seeing Wade and James team up to take on the high school competition is going to be a pretty exciting sight to see.

The Miami Heat defeated the Washington Wizards on Sunday night. After the game, Heat star Bam Adebayo donned the...