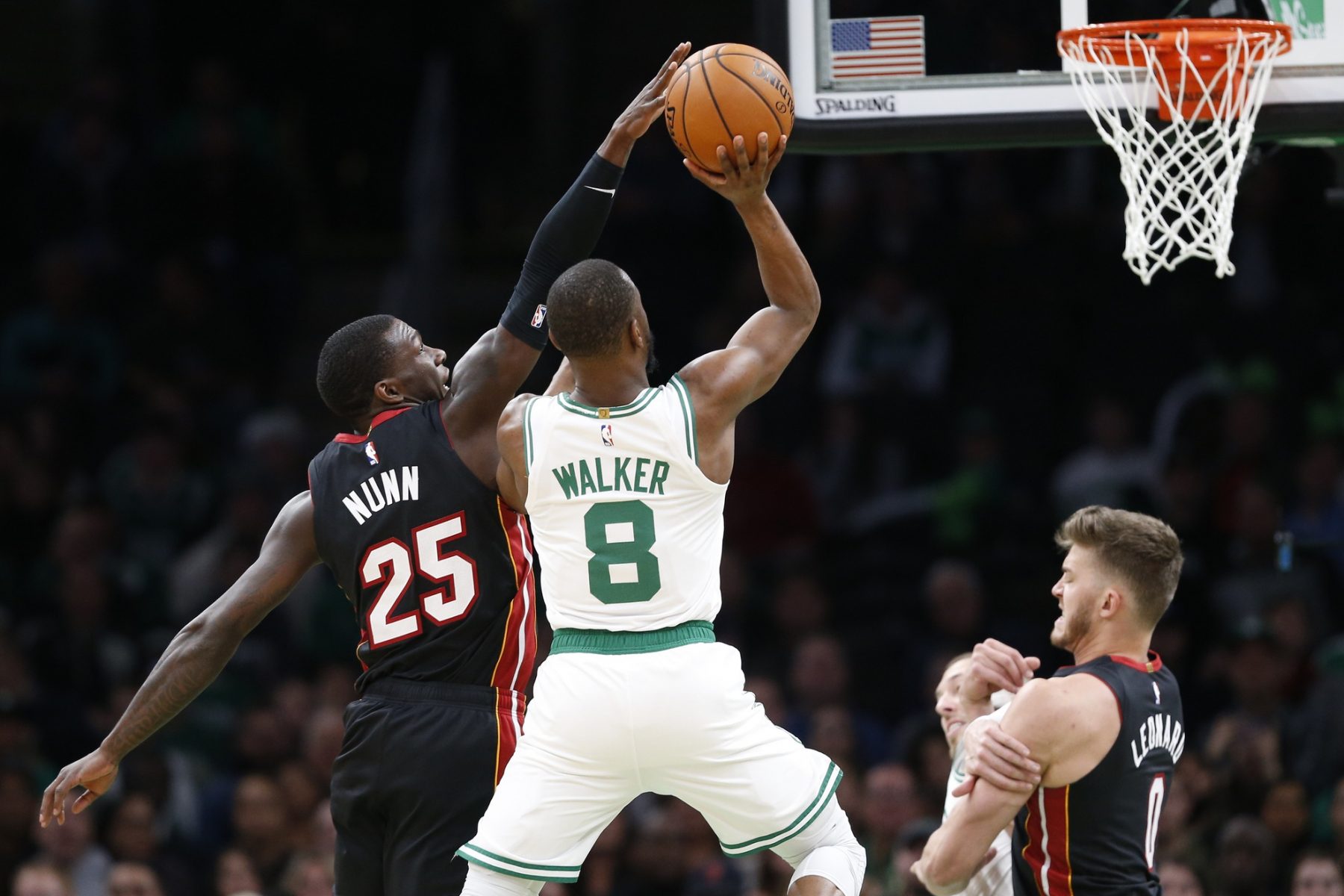 Miami Heat rookie guard Kendrick Nunn burst onto the scene this season and has cemented himself in the team’s starting lineup.

Nunn answered a bunch of questions from fans on the NBA’s Twitter account yesterday, sharing some things about his first season.

The 24-year-old revealed the toughest opponent that he has had to guard to date.

“The toughest player I’ve had to guard in the league was [Boston Celtics guard] Kemba Walker,” he said.

Nunn also explained that he felt like he hit a bit of a rookie wall in his first season and vowed to come back stronger in 2020-21.

Q: After your successful first season so far, what's one part of your game you'll try and improve heading into your second season? #NBATogether
– @ccfcben

“There was a time in this season where I felt my body had hit a wall,” he said, “And that’s just because I wasn’t used to playing that many games.”

Nunn spent last season in the G League, playing for the Santa Cruz Warriors where he appeared in 49 games.

This season, he has already started 62 games for Miami.

“So going into my second season, I will definitely take more care of my body and maintenance, and be ready for the full season,” Nunn added.

Nunn’s rookie campaign has been a pleasant surprise for the Heat.

Undrafted out of Oakland University, Nunn came to Miami on the final day of the 2018-19 season.

He has proven that he belongs in the NBA, averaging 15.6 points, 3.4 assists and 2.7 rebounds per game this year.

The Heat will look to lean on Nunn’s scoring as they attempt to make a deep playoff run when the NBA season resumes.