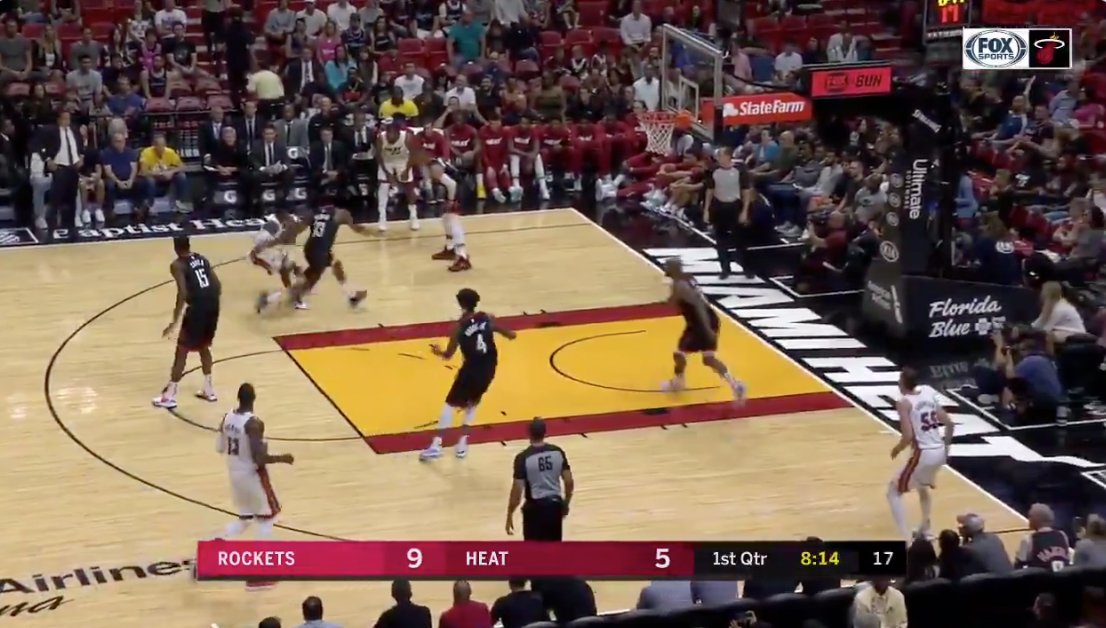 Kendrick Nunn has yet to make his mark in the NBA for the Miami Heat, but he managed to get the attention of Houston Rockets superstar James Harden on Friday night.

That came when Nunn put some moves on Harden to knock down a basket during the Heat’s preseason contest against the Rockets.

The 24-year-old Nunn wasn’t selected during the 2018 NBA Draft, even after he averaged 25.9 points, 4.7 rebounds and 3.8 assists during his senior year at Oakland University. After that draft, he was signed as a free agent by the Golden State Warriors, but they waived him during last season’s training camp before then signing him to play for their G League team.

Nunn signed with the Heat in April and is now looking at this opportunity as a chance to reach his potential. His path to the NBA began at the famed Simeon High School in Chicago, where he played with Atlanta Hawks forward Jabari Parker and where Detroit Pistons guard Derrick Rose preceded them.

After three seasons playing for at the University of Illinois, a controversial off-the-court incident resulted in Nunn leaving the school and resurfacing at Oakland. His numbers improved in part because the level of competition wasn’t quite as high as the Big Ten, but showed that he could perform on the court.

Of course, performances in a preseason contest should always be taken with a grain of salt. Next month, Nunn will get two opportunities to deliver against Harden and the Rockets in regular season action. The first comes on Nov. 3 in Miami, followed by the return match in Houston on Nov. 27.