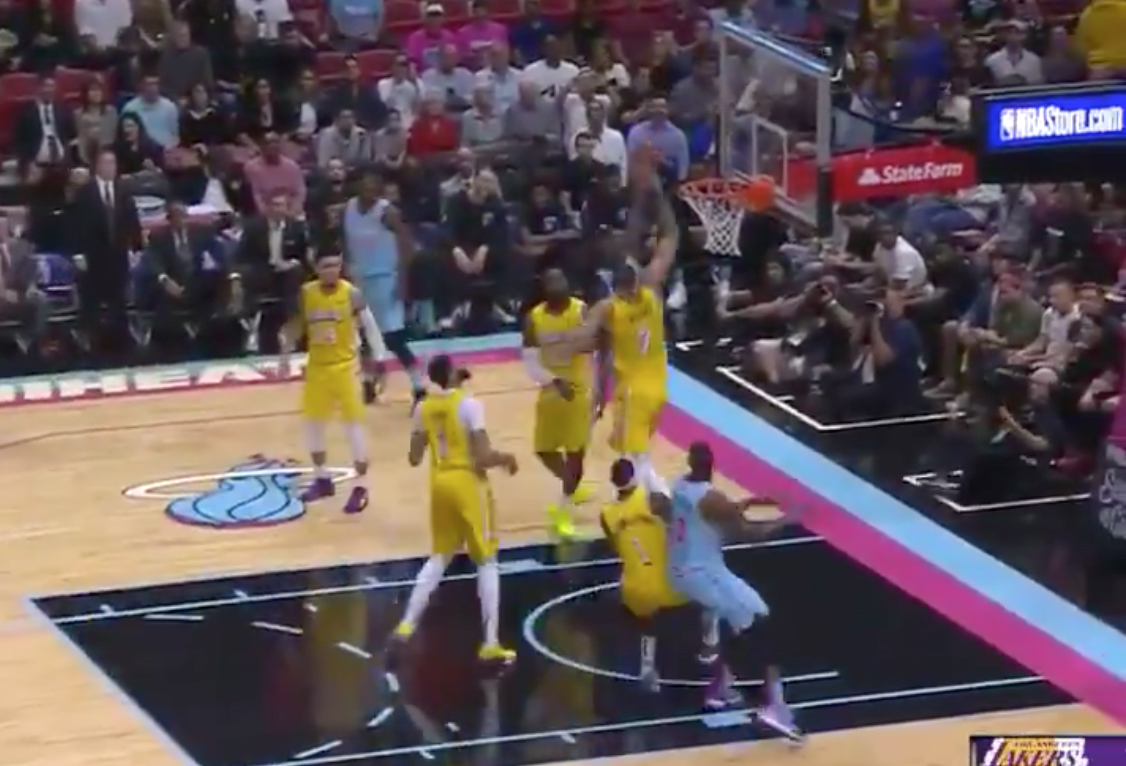 Early in the Miami Heat’s big matchup against the Los Angeles Lakers on Friday, rookie Kendrick Nunn made a big statement against Javale McGee.

McGee is one of the league’s better rim protectors, as well as a traveled veteran who won two NBA championships with the Golden State Warriors.

Nunn is one of two rookies who is turning into a revelation for the Heat. He’s second on the team in scoring, averaging 16.2 points a game to go along with 3.4 assists.

At 18-6, Miami has the second best record in the Eastern Conference and is arguably the most surprising team in the NBA so far this season.