Video: Kendrick Nunn comes up with monster block on Anthony Davis at the rim 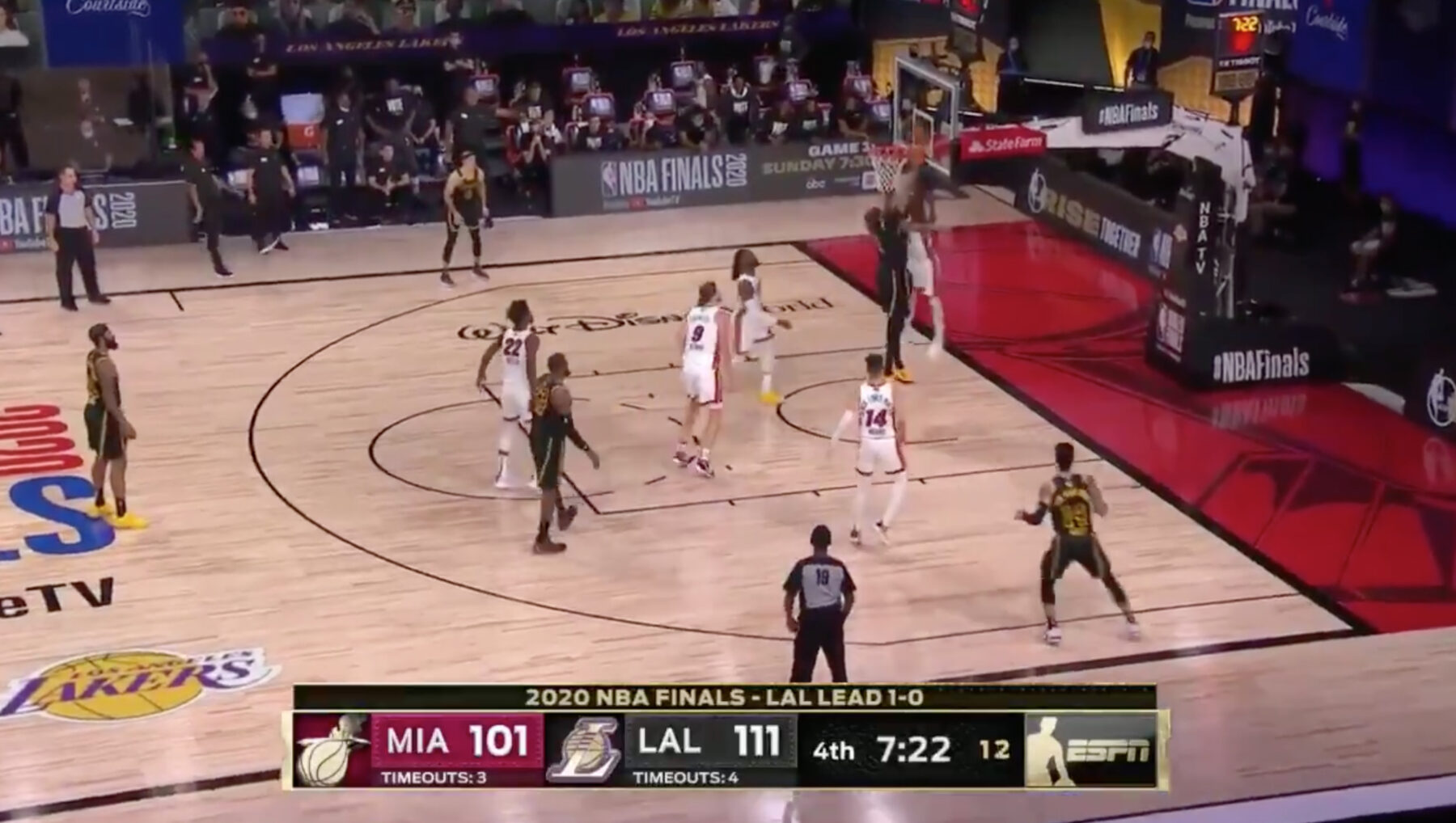 Los Angeles Lakers superstar Anthony Davis may be red-hot in Game 2 of the NBA Finals, but Miami Heat guard Kendrick Nunn still managed to stop him in spectacular fashion.

After receiving a pass from LeBron James near the rim, Davis went up for a layup, only to have his shot blocked by Nunn.

At 6-foot-10, Davis is considered arguably the best big man in the league and a very strong finisher around the rim.

Nunn is 6-foot-2 and not exactly known as a shot blocker or defensive stopper.

In his first season, the undrafted rookie has emerged as a diamond in the rough for the surprising Heat.

Despite falling behind big, the Heat are hanging tough with the Lakers in the fourth quarter of Game 2.