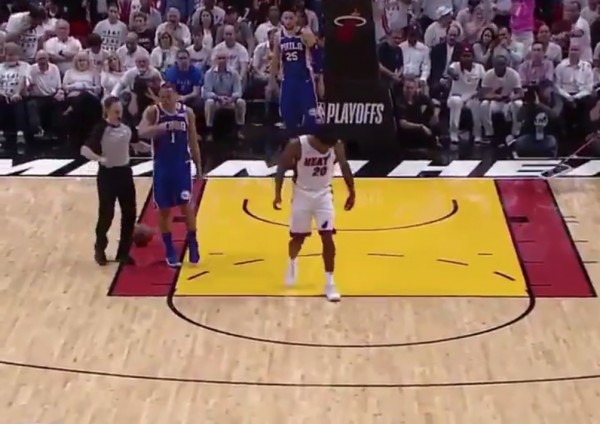 The chippy nature of the Miami Heat‘s first-round series against the Philadelphia 76ers has been evident virtually from the start of the series’ first three games. One clear sign of the two team’s disdain for each other came late in the first half of Game 3 on Thursday night when Justise Winslow made a point to step on the mask being worn by the 76ers’ Joel Embiid.

Embiid missed the first two games of the series because of an orbital bone fracture suffered late in the regular season and is wearing a protective mask upon his return for this contest.

One indication of the physical nature can be seen in the 31 fouls called during the lengthy first half.
[xyz-ihs snippet=”HN-300×250-TextnImage”]