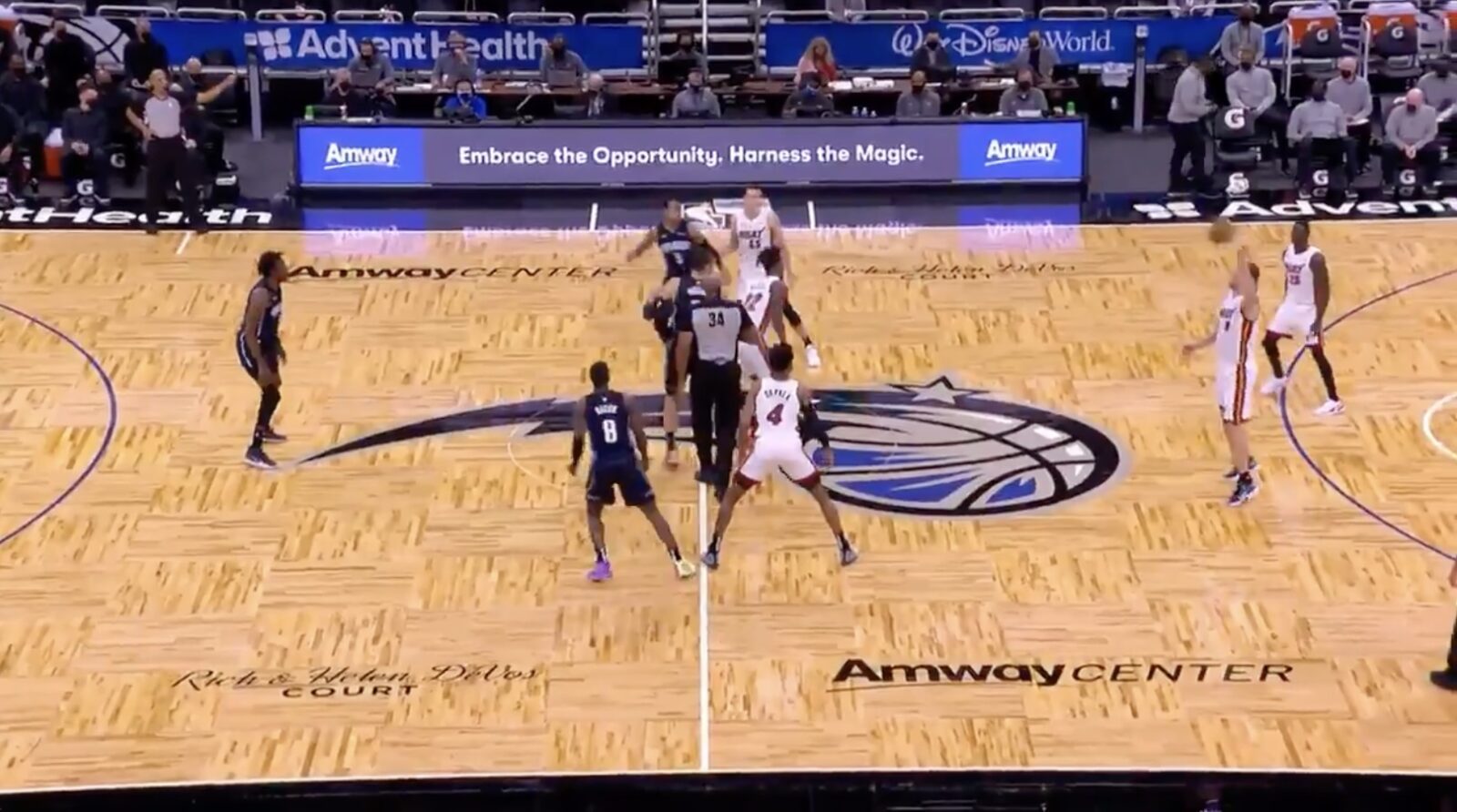 During the Miami Heat’s Sunday night game, Jimmy Butler became quite animated after he managed to win a jump against Orlando Magic center Nikola Vucevic.

Butler’s enthusiasm could be due in part to the Heat’s recent run of success, with nine victories in their last 10 outings. That strong surge has pushed them into the fourth spot among Eastern Conference teams that continue to jockey for playoff position.

Entering Sunday night’s game, the Heat hold a precarious one-half game lead for that fourth spot, so Butler may also be just as enthused if the Heat are able to come away with a win over the Magic.

Featuredjimmy butlermiami heatNews Tickerorlando magic
← Previous Story Duncan Robinson unveils hilarious story of ‘confused’ and ‘weirded out’ kid who had no idea who he was
Next Story → Jimmy Butler hilariously rips reporter for using word ‘coalescing’: ‘What the hell does that mean?’