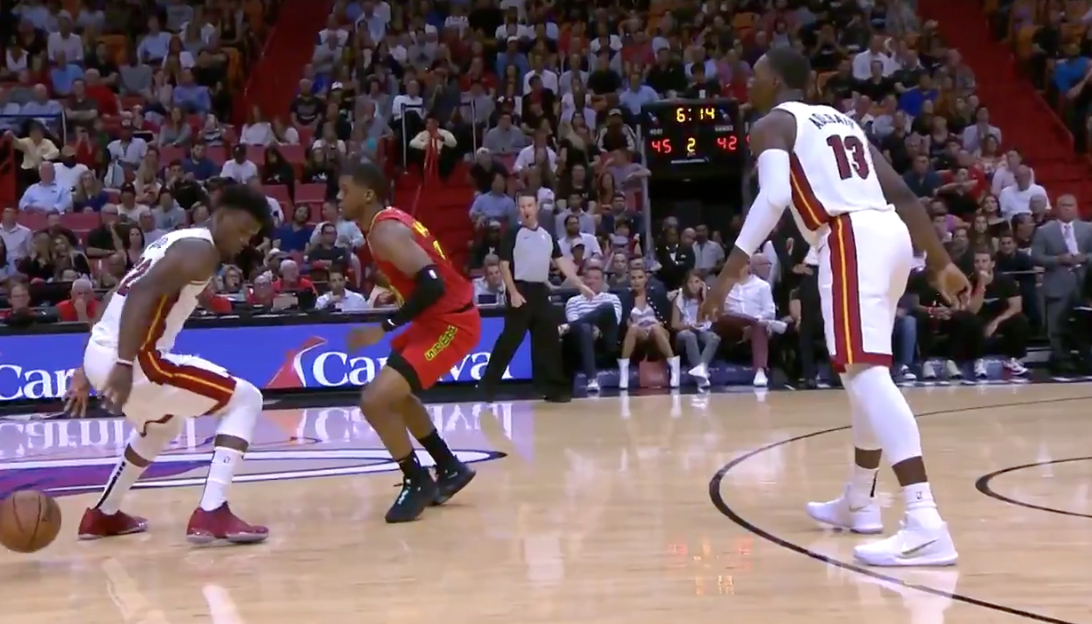 Miami Heat newcomer Jimmy Butler has started his tenure with the team in style.

During the swingman’s Heat debut against the Atlanta Hawks on Tuesday, he viciously broke the ankles of opponent Tyrone Wallace.

Jimmy Butler crossed Tyrone Wallace out of the frame ? pic.twitter.com/0dnX4P3m7Q

The veteran finally made his debut for the team after missing the first three games of the season due to the birth of his daughter. Butler had 12 points at halftime against the Hawks on Tuesday.

The four-time All-Star averaged 18.7 points, 5.3 rebounds and 4.7 assists per contest last season for the Minnesota Timberwolves and Philadelphia 76ers.