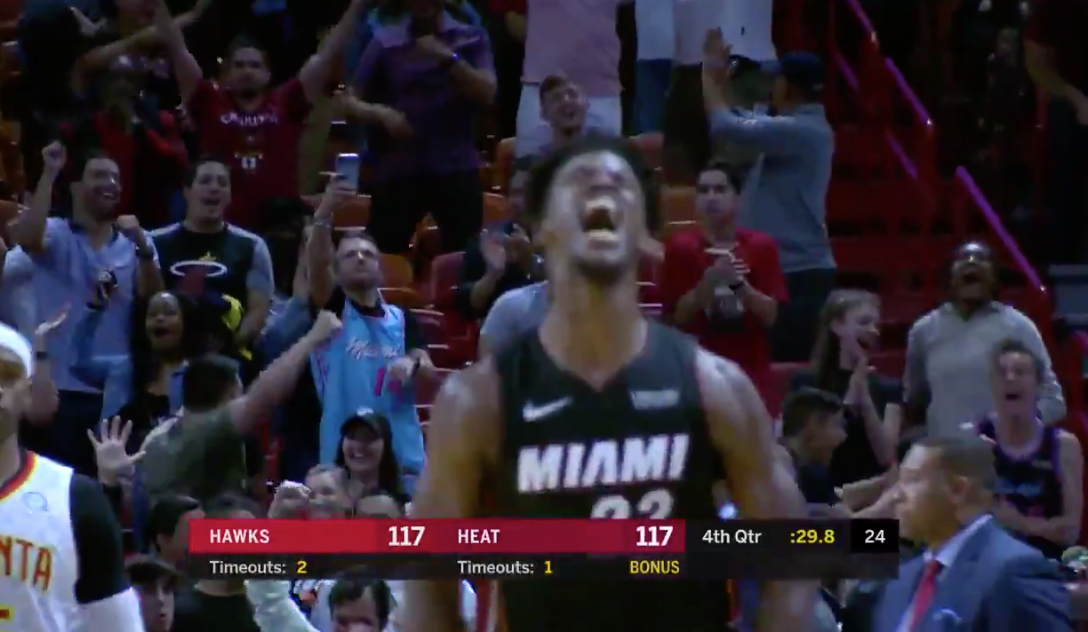 Jimmy Butler has been one of the more clutch players in the NBA for a while now.

On Tuesday night, he hit a clutch 3-pointer for the Miami Heat to help send their contest against the Atlanta Hawks into overtime.

Acquired in a blockbuster trade in July, Butler has taken over Dwyane Wade’s role as the go-to-guy for the Heat in key situations.

Overall, he hasn’t disappointed, averaging 20.8 points per game coming into Tuesday’s game. He’s also putting up a career-high 6.3 rebounds and 6.8 assists per game this season.

Butler has relished his role as leader and elder statesman of the team, as he’s publicly complimented teammate Tyler Herro for his willingness to take (and make) big shots.

Although Butler’s been perhaps the biggest reason the Heat are arguably the most surprising team this season, it’s been a total team effort.

Miami has been buoyed by the emergence of rookies Herro and Kendrick Nunn, as well as internal improvement from third-year center Bam Adebayo.

Second-year forward Duncan Robinson has also been a pleasant surprise, as he’s putting up 10.9 points a game and hitting 42.5 percent of his 3-pointers.

Thanks to a triple-double from Butler, as well as big nights from Adebayo, Robinson and Nunn, the Heat went on to best the Hawks, 135-122 on Tuesday.