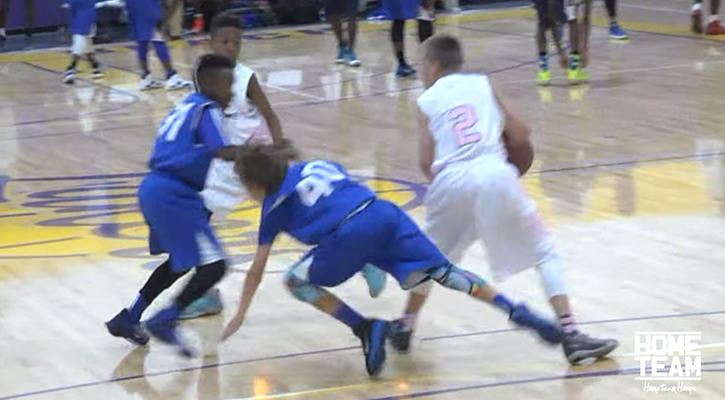 Perhaps one of the greatest point guards to play for the Miami Heat and a big reason for the franchise’s championship in 2006, Jason Williams has always been known for his ridiculous handles and other-worldly passing.

Fast forward almost 10 years later, and Jason’s heir apparent, Jaxon, is taking the Pee Wee’s by storm. Check out Jaxon’s highlights and let us know if you think he will be as good as his father.