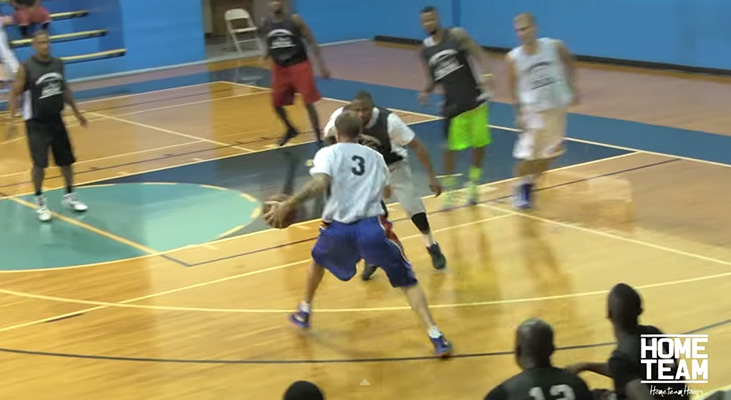 Former Miami Heat point guard and NBA champion Jason Williams was a member of the 2006 Heat roster that saw Miami win its first NBA championship. J-Will was notorious for a flair and showmanship that earned him the nickname ‘White Chocolate.’ With behind-the-back passes being the norm and a ball-handling ability rivaling that of an Allen Iverson, Williams is still fun to watch at the age of 38. Check out J-Will as he shows out at this summer’s Orlando Pro-Am Basketball League.