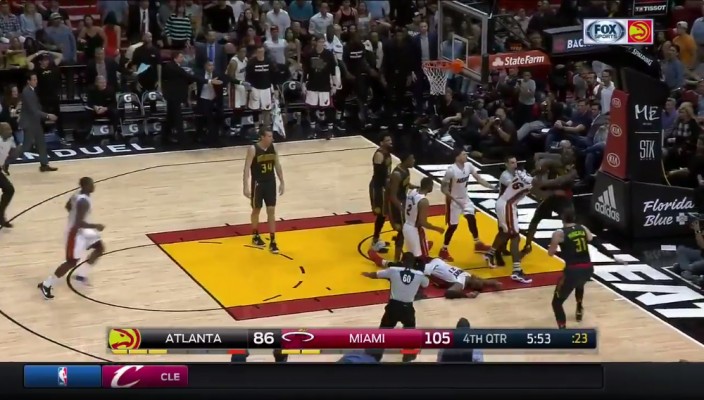 In the midst of the Miami Heat‘s ninth straight victory, it seems that things are getting a bit chippy in their battle against the Atlanta Hawks.

With just under six minutes to go in the fourth quarter, watch as Hawks defender Taurean Prince grabs Heat center Hassan Whiteside and throws him down to the floor. Almost immediately after, teammate James Johnson charges in to back up Whiteside.

Watch the play unfold for yourself below.