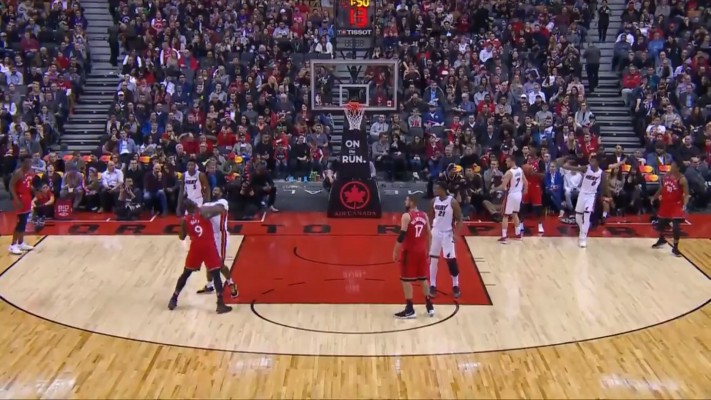 Things are getting tense in Toronto, as the Miami Heat are looking to come away with their fifth victory in a row.

In the middle of the third quarter, as the Heat led, 55-52, forward James Johnson took exception to a shove made by the Raptors’ Serge Ibaka. Johnson retaliated by throwing a pair of punches at Ibaka’s face, while the Congo native fired back.

Serge Ibaka and James Johnson are both ejected after throwing punches ? pic.twitter.com/9AP8l2SiYQ

Both players were ejected, and Johnson left the game with just four points and three rebounds.
[xyz-ihs snippet=”Responsive-ImagenText”]