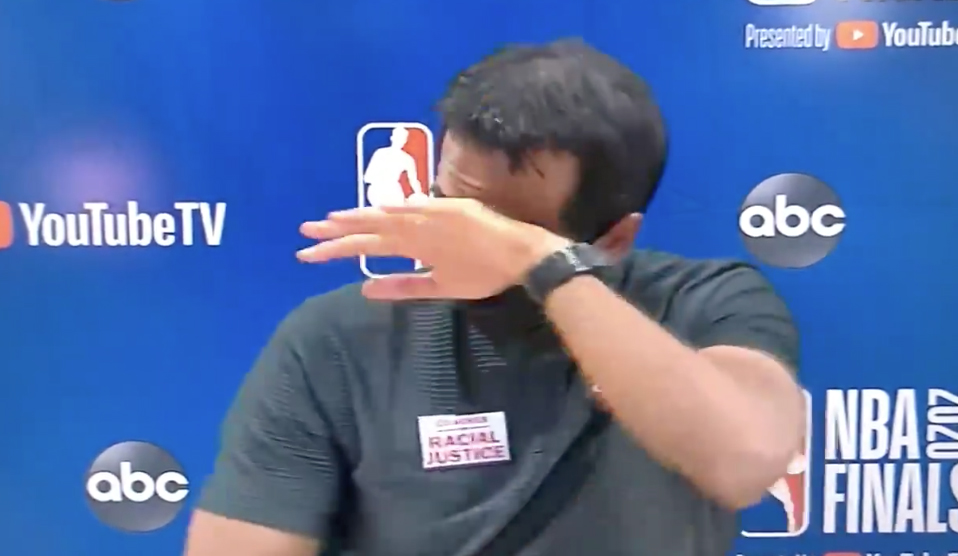 After putting up a valiant effort in the first five games of the 2020 NBA Finals, the Heat fell to the Los Angeles Lakers, 106-93, on Sunday night.

As the Lakers celebrated their title on the court, the Heat shared an emotional moment together as a team. That was evident by Heat head coach Erik Spoelstra having to wipe away tears before he began his last postgame presser of the season.

Erik Spoelstra wiping away tears for over 30 seconds before starting his first answer post-game. pic.twitter.com/japm0ctsht

It’s a raw moment and goes to show just how close Spoelstra is with the young men on his roster.

There is no doubt that it is hard for himself and his players to have gone so far only to fall short of the ultimate goal of winning an NBA title.

With that in mind, the Heat enjoyed far more success this year than most expected them to enjoy.

When they entered the NBA bubble, practically no one expected that they would go on to represent the Eastern Conference in this unique NBA Finals.

Ultimately, the Lakers’ star power proved to be too much for a Heat roster that was dealing with multiple injuries.

Now, Spoelstra and the Heat will lick their wounds in the offseason and enter the 2020-21 season with the same goal that they have every season: to win an NBA championship