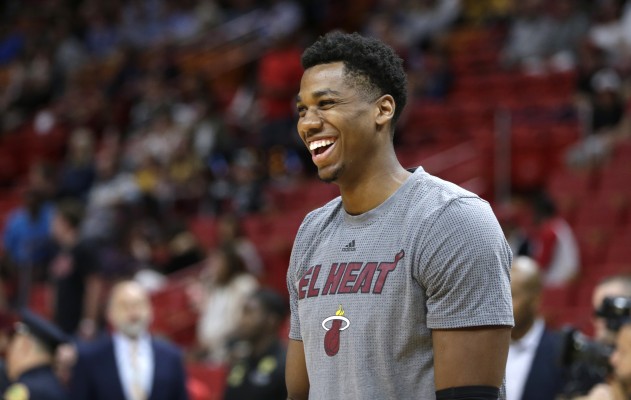 While the state of Florida braces for the historic Hurricane Irma, Miami Heat big man Hassan White posted a video of himself and teammate Okaro White preparing White’s South Florida mansion for the coming storm.

Whiteside, known for his hilarious social media videos, gave his fans an inside look of how he’s preparing his home for the storm before he evacuates the region.

At one point in the video, Whitside jokes, as he and White move some of his poolside installments indoors.

“I tried to lift up one of these chairs, about threw my back out,” Whiteside says. “I told Irma she can lift this up. She got it. She can have that mug, take it with her. Everything else though gotta go in the crib, though.”

The video ends with White and Whiteside boarding private jets before the storm arrives.