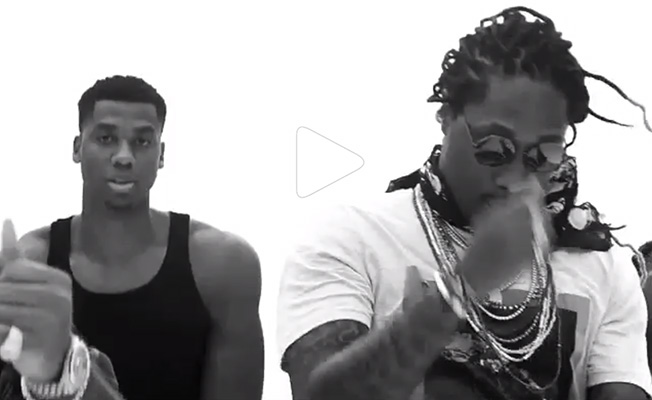 It looks like Hassan Whiteside is making a name for himself both on and off the court.

“You never know where I’ll be at,” Whiteside said, after the Heat’s preseason win against San Antonio. “I might pop up in a Dr. Seuss book.”

The 7-foot center, who has become a close friend of DJ Khaled’s, stated that the video was shot in the offseason.

“Man, I didn’t do too much,” Whiteside said. “I was just chilling. In the background, bobbing my head.”