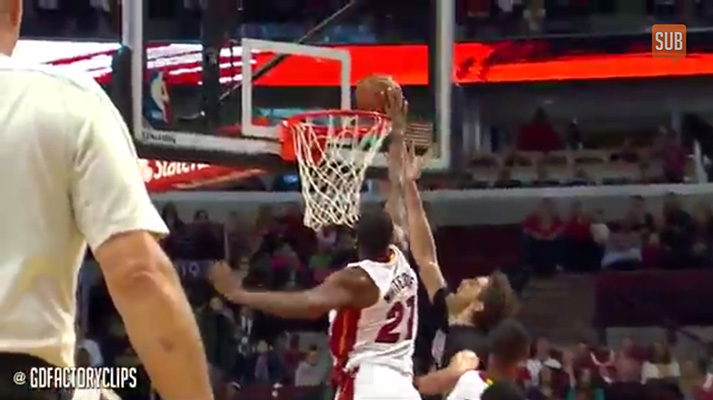 Finally, something Miami Heat fans can get excited about. The Miami Heat outclassed the Chicago Bulls on Sunday afternoon by a score of 96-84 as five players scored in double figures. However, the story of the night was none other than 7’0″ center Hassan Whiteside.

Whiteside finished the afternoon with the best game of his young NBA career as he recorded at triple-double to the tune of 14 points, 13 rebounds, and 12 blocks in just 24 minutes of action. The 12 blocks set a new Miami Heat record, which was previously held by Alonzo Mourning with nine blocks.