Don't Miss
Home / Videos / Video: Hassan Whiteside Goes at It With Antonio Brown in 2-on-2 Football

Video: Hassan Whiteside Goes at It With Antonio Brown in 2-on-2 Football 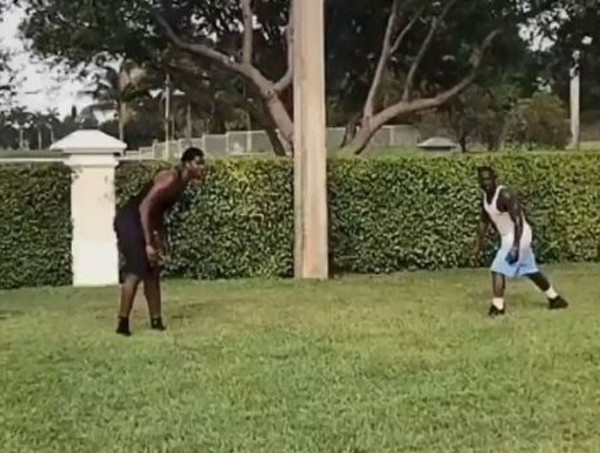 It looks like Miami Heat center Hassan Whiteside is keeping in shape during the offseason, as he and Pittsburgh Steelers wide receiver Antonio Brown were seen going head to head in a friendly game of touch football.

Hassan Whiteside and Antonio Brown go at it in a 2-on-2 ? game ? pic.twitter.com/BAXqVlVK7S

The two star athletes have been spending quite a bit of time together this offseason as both prepare for their actual regular seasons later this year.

Whiteside and Brown were spotted hitting the basketball court at the Heat’s training facility last month, and now the two are apparently going at it in Brown’s sport of choice.

It’s good to see Whiteside enjoying his offseason as the Heat will look to get back to the NBA playoffs after narrowly missing them this season.
[xyz-ihs snippet=”Responsive-ImagenText”]