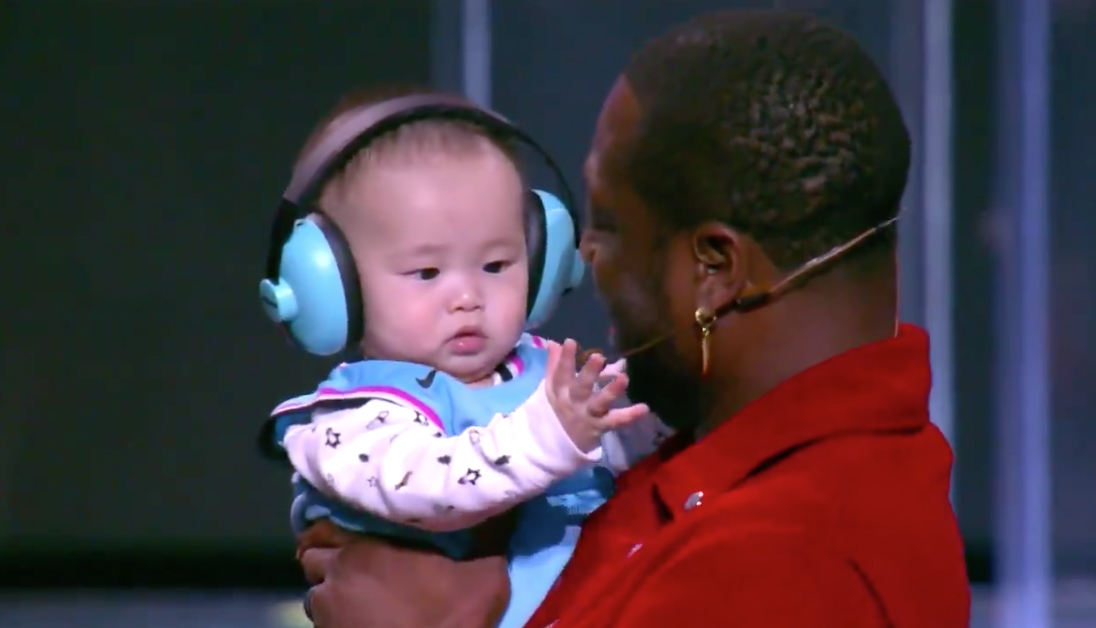 The massive appeal of former Miami Heat guard Dwyane Wade extends to China, where a couple named their son, Raymond Wade Lu, in honor of the future Hall of Famer.

This baby was named after D-Wade and they got to meet ❤️ pic.twitter.com/mWFNM70sY5

The meeting of Wade and his namesake took place on Friday night at a Heat season ticket holder get together. The parents of the child then stayed to watch the Heat’s Saturday night contest against the Cleveland Cavaliers.

Wade has a strong presence in China, thanks to the NBA’s reach to that massive country. That’s allowed the retired superstar the opportunity to garner plenty of lucrative endorsement deals.

When Wade was a free agent in 2018, the superstar received a tempting offer to play in China, but chose to remain with the Heat for what became his “One Last Dance” retirement tour.

Despite the attention from advertisers and teams, it’s clear that Wade’s impact is one that also connects with the average fan. The couple in question first met in 2012 while watching Wade play and have continued to follow the three-time NBA champion.

There’s obviously no way of knowing whether or not the child will grow up to one day play in the NBA, but even in his earliest days, he has the full support of one of basketball’s greatest players ever.