Don't Miss
Home / Videos / Video: Goran Dragic Gets Ejected for Getting Into Fight With Jordan Clarkson

Video: Goran Dragic Gets Ejected for Getting Into Fight With Jordan Clarkson 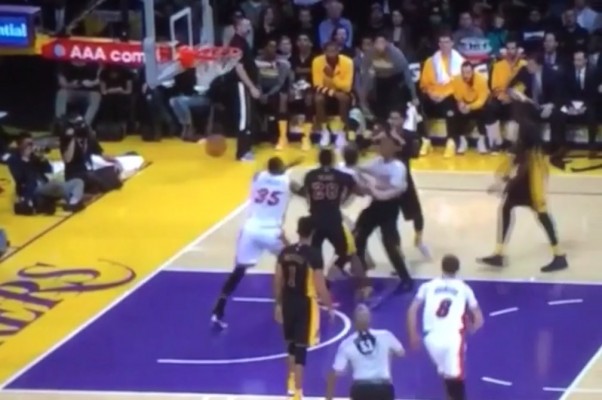 In the third quarter of the Miami Heat’s contest against the Los Angeles Lakers, both point guard Goran Dragic and Jordan Clarkson were assessed “fighting” technical fouls for going after each other under the basket. Both players were ejected after official review.

What started off as a shoving match eventually turned into Clarkson after Dragic’s head, and Dragic retaliating promptly.

Another skirmish broke out soon after in which Heat forward James Johnson went after Julius Randle. Johnson was assessed a technical foul as a result.