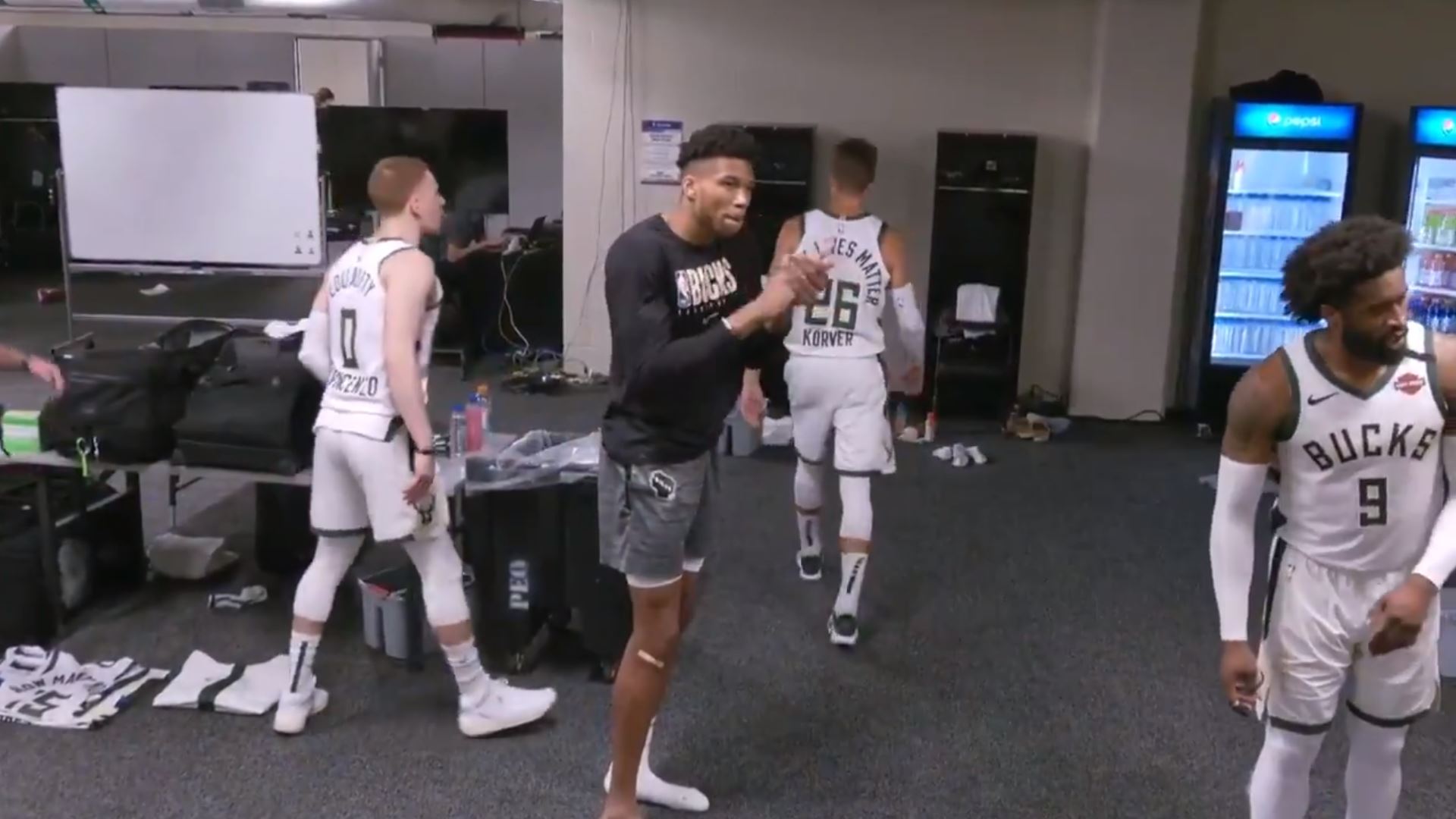 On Sunday, the Milwaukee Bucks’ Giannis Antetokounmpo was in the lineup for Game 4 against the Miami Heat despite an ankle injury.

The presumptive MVP, however, reaggravated the ailment in the second quarter and was forced to sit out the rest of the game.

The Bucks still managed to win, 118-115, in overtime, and afterward, Antetokounmpo showed his gratitude to his teammates.

Trailing the series 0-3, the Bucks could’ve subconsciously given up, especially with rumors swirling that Antetokounmpo may wear a different uniform next season.

Instead, they overcame an early deficit to survive for at least one more game.

For Miami, Bam Adebayo had a strong game with 26 points, 12 boards and eight assists, but it wasn’t enough to complete the sweep.