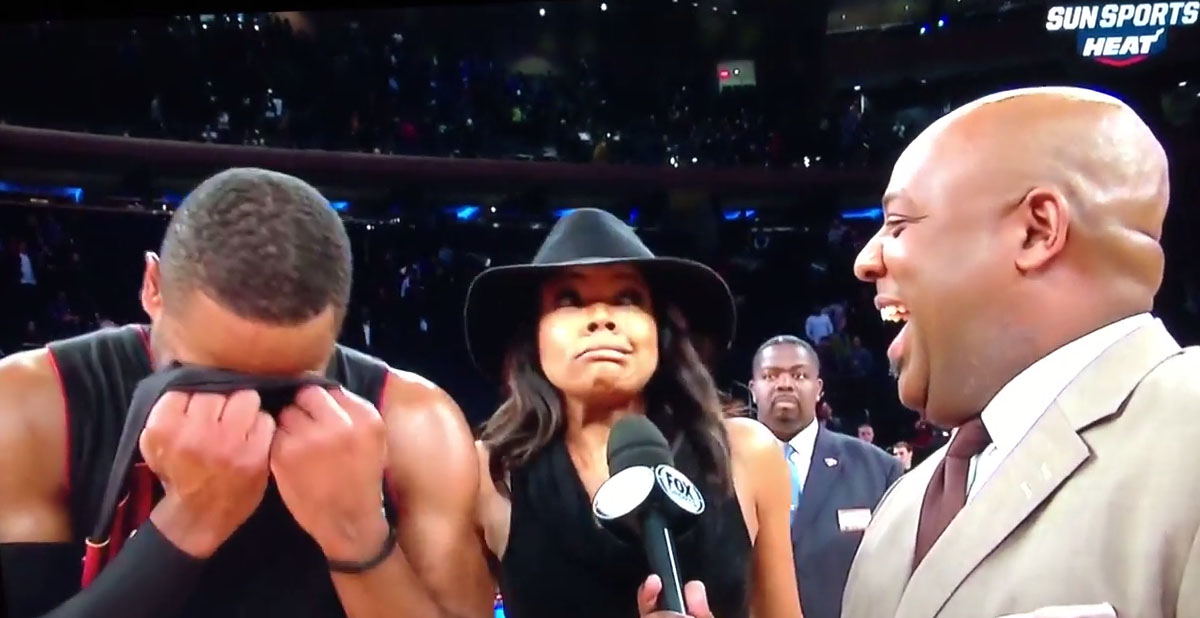 This one was good, easily the best video bomb of the year. Dwyane Wade, who finished Sunday’s game against the New York Knicks with 27 points including 13 in the fourth quarter, was hilariously video bombed by his newlywed wife Gabrielle Union, who interrupted Jason Jackson of Sun Sports to take over the postgame interview.