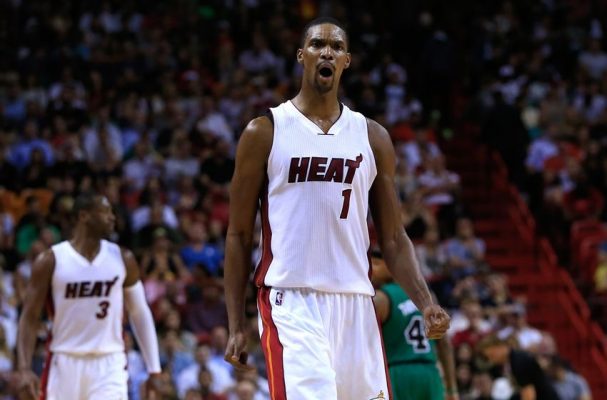 The Miami Heat are in many ways to thank for the modern era of the NBA.

When LeBron James and Chris Bosh both decided to join Dwyane Wade on the Heat in the summer of 2010, it ushered in an era of player empowerment and iconic superteams.

Bosh is often heralded as the one star on those Heat rosters who was willing to take on a tertiary role in order to let Wade and James lead the team on the offensive side. Still, to question his star status during his years in Miami is downright absurd.

During the Big 3 seasons, Bosh averaged 17.3 points and 7.4 rebounds per game. While the numbers aren’t eye-popping, his ability to produce at that level while accepting a reduced role is undeniably impressive.

His talent was even more clear when the Big 3 era ended. In his final two seasons in the NBA, Bosh averaged 21.1 points and 19.1 points per game respectively.

It seems likely that as long as there are television personalities who are looking to turn heads, there will be disrespect hauled in Bosh’s direction.

Ultimately though, what matters most is that Heat Nation knows exactly what Bosh meant to that era of Heat basketball. Without him, there would likely not be two out of the three banners that currently hang in American Airlines Arena.