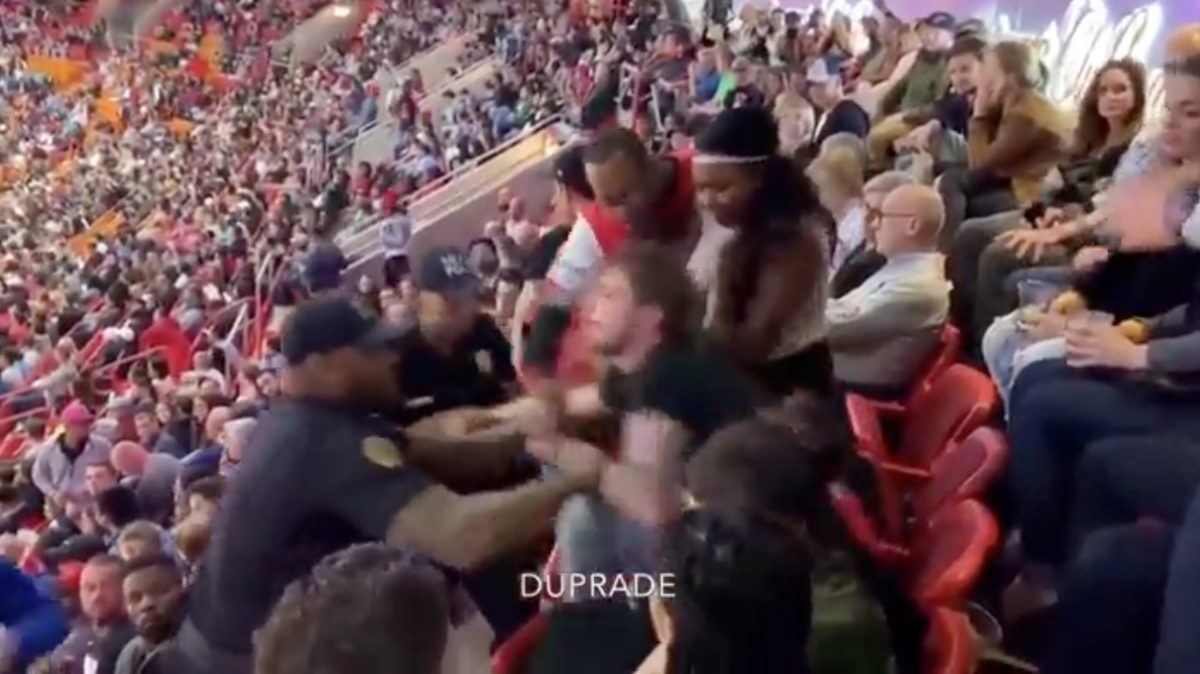 A chaotic scene off the court during the Miami Heat’s Wednesday night loss to the Chicago Bulls has a man facing felony charges involving attacks on law enforcement officers.

The man, Adrain Mato, who speaks no English, stated during his Thursday morning arraignment that he was not from the area but had arrived that day and planned on leaving Sunday.

The 23-year-old Mato was seen arguing with fans behind his seat, while a woman next to him appeared to indicate that alcohol was the cause of his belligerence.

Eventually, police were called and when Mato refused their request to leave American Airlines Arena, they made an effort to physically remove him. At that point, the scuffle began and resulted in the man and two law enforcement officers tumbling down multiple rows of seats. The man attempted to hit one officer with a closed fist and elbowed the other in the stomach.

The official charges Mato is facing are battery on a law enforcement officer, resisting arrest with violence, disorderly conduct and disorderly intoxication. He posted $5,000 bond after the arraignment but offered no explanation to inquisitive media seeking an explanation.

The ugly mood displayed by Mato, who was apparently rooting for the Heat, was no doubt due to the combination of the alcohol and the Heat’s performance on the court during their 105-89 defeat.
[xyz-ihs snippet=”HN-300×250-TextnImage”]