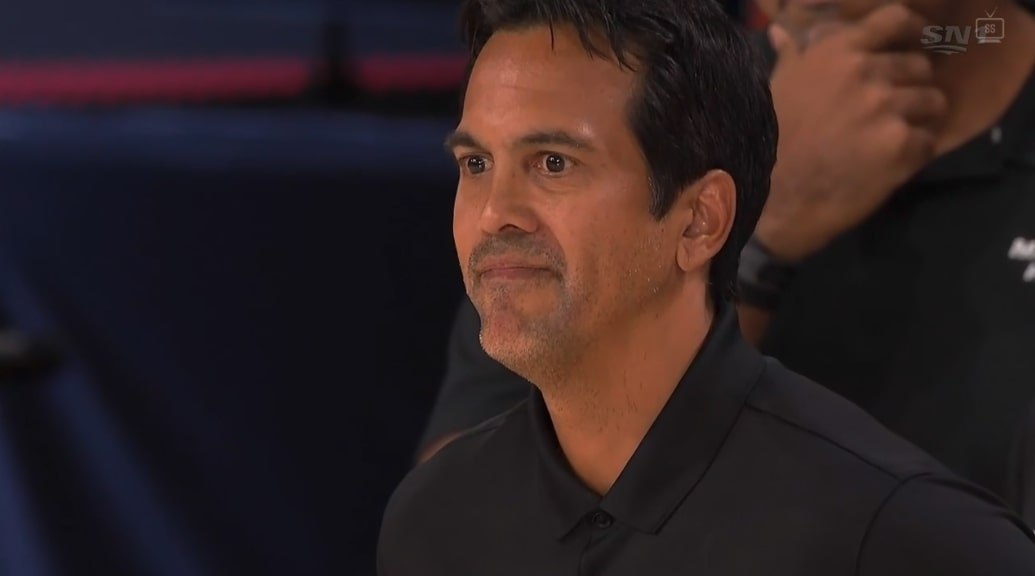 Miami Heat head coach Erik Spoelstra could only offer a stunned expression after a late deflection by guard Fred VanVleet helped the Toronto Raptors clinch a 107-103 win over the Heat on Monday afternoon.

The Heat trailed 103-101 with less than 20 seconds left when VanVleet deflected an attempted pass by Jimmy Butler. The Raptors subsequently went on to clinch the game and deliver the Heat their first meaningful loss within the bubble in Orlando, Fla.

VanVleet was equally frustrating for the Heat on the offensive side of the ball, contributing a career-high 36 points in the game.

The defeat spoiled a strong comeback effort by the Heat, after they came back from a 17-point deficit in the third quarter.

Goran Dragic led the Heat with 25 points off the bench and added five rebounds, five assists and a pair of steals in 27 minutes of action.

The Heat don’t have a great deal of time to ponder the loss. Their next game is scheduled for Tuesday against the Boston Celtics.