Don't Miss
Home / Videos / Video: Dwyane Wade’s Son Runs Over to Him in Middle of Game After Epic 3-Pointer

Video: Dwyane Wade’s Son Runs Over to Him in Middle of Game After Epic 3-Pointer 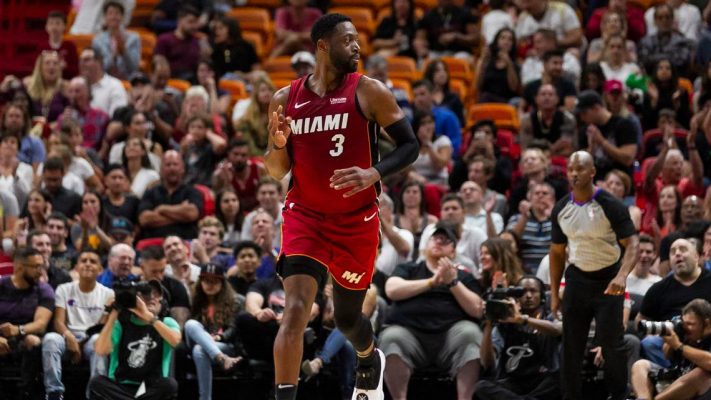 When you’re related to the greatest player in Miami Heat history, you get to break some rules.

That was the case on Saturday evening during the Heat’s electrifying win over the Portland Trail Blazers. Just before the first half ended, Dwyane Wade‘s son Zaire Wade ran over to him after he knocked down an amazing 3-pointer while falling out of bounds.

Zaire Wade running over to his dad after the shot is EVERYTHING ? @DwyaneWade (via zmane2/IG) pic.twitter.com/e3T0G28mXs

The incredible shot capped off an 18-point half for Dwyane Wade, who made a whopping four 3-pointers in the first half. The veteran finished the night with 19 points and three rebounds in a season-low 21 minutes. While the 36-year-old barely got playing time in the contest, it shows just how productive he can be for the Heat this season.

Although this is the three-time champion’s final season in the league, he is putting up a moderate 13.0 points and 5.4 rebounds a game. Fans would love to see Dwyane Wade get more playing time as they’ll never get to see the franchise legend play again beyond this season; however, the team is opting to let the younger guys get more floor time to gain experience and development.

Still, if the former NBA Finals MVP keeps up this hot play, the Heat will have no choice but to play him extended minutes throughout his final season.
[xyz-ihs snippet=”HN-300×250-TextnImage”]