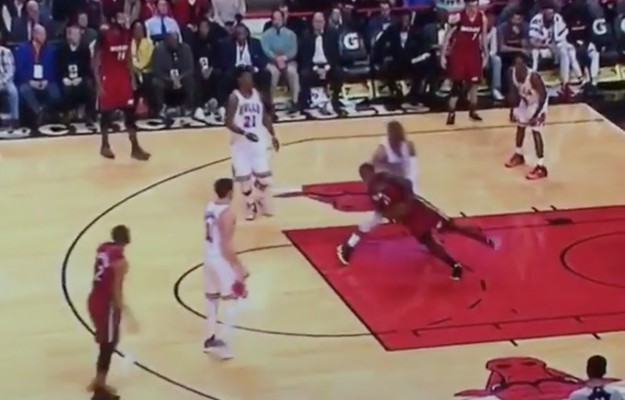 The Miami Heat got the last laugh on Friday night as they won their sixth game in a row in a defeat over the Chicago Bulls, 108-88.

To no one’s surprise, guard Dion Waiters had another strong outing en route to 19 points and five rebounds.

Things got a bit chippy towards the end as a frustrated Dwyane Wade decided to throw down Waiters with the game clearly out of reach.

Was the foul dirty? Make that judgement for yourself below.