Video: Dwyane Wade Teaching His 15-Year-Old Son How to Drive a Ferrari 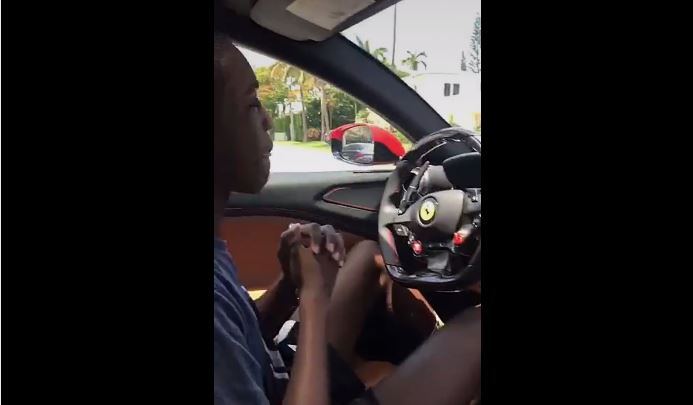 Former Miami Heat superstar and current Chicago Bulls shooting guard Dwyane Wade posted a video to his Snapchat account on Saturday afternoon of him teaching his son how to drive.

It seems Wade has a large amount of trust in his son, Zaire, after he let the 15-year old drive his Ferrari on the streets and then up his driveway.

“Who wouldn’t be nervous? You see what you’re driving, you’ve got to be nervous,” Wade said to his son while riding shotgun.

One Twitter user thought that Wade bought his son a new Ferrari, but the 12-time NBA All-Star himself confirmed that this was not the case.

While Wade spends quality time in the offseason with members of his family, recent rumors continue to swirl around the league that the three-time NBA champion is done in Chicago after just one year and might return to the Heat for the 2017-18 season following a buyout with the Bulls.
[xyz-ihs snippet=”HN-Native-EndofArticle”]